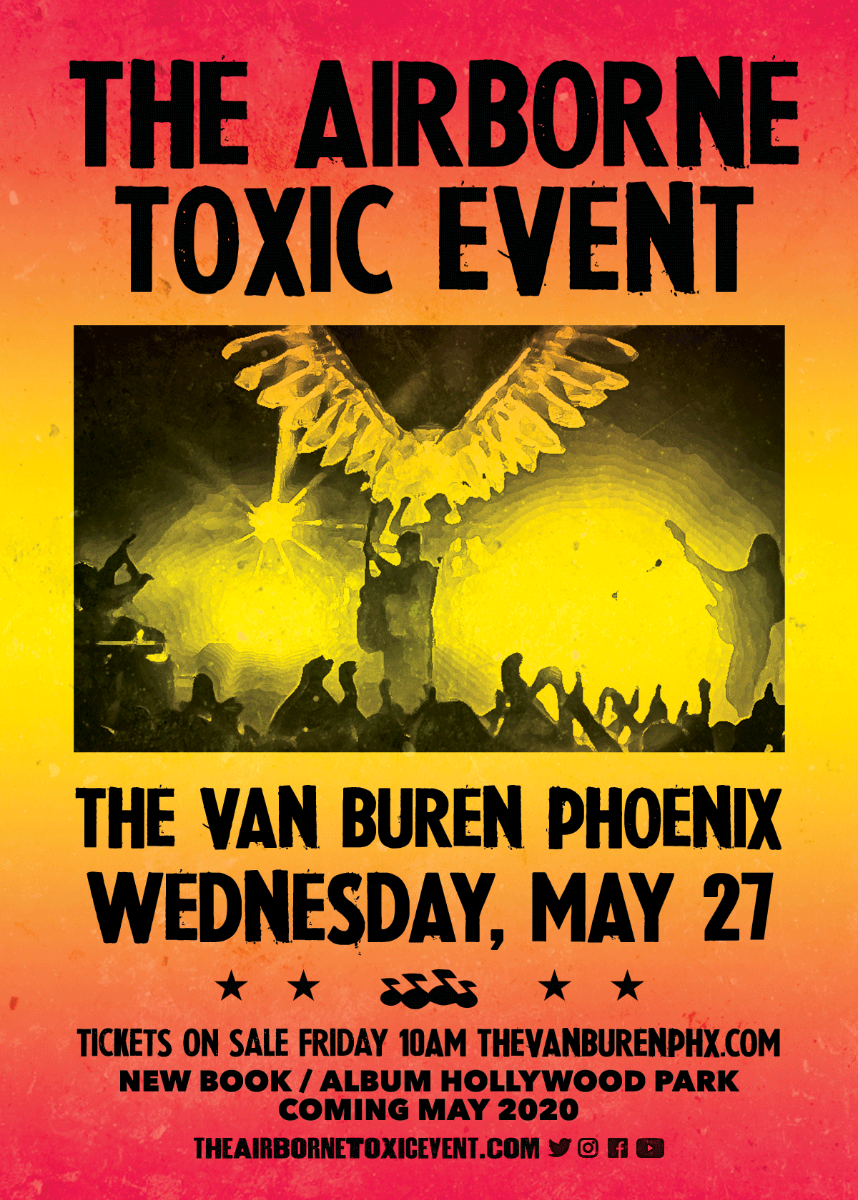 About The Airborne Toxic Event
When the grandstand of Inglewood’s Hollywood Park racetrack was demolished in May 2015, Mikel Jollett’s sense of family and of self came crashing down with it. Jollett, the frontman of Airborne Toxic Event, watched on local TV as the run-down track where he’d spent so many formative times with his father crumbled in seconds, in what was called a “controlled implosion.” His own collapse was far longer and less orderly. Jollett’s father had died just days before the track where he’d spent every weekend was torn down, and Jollett was left reeling, bereft and baffled by his pain and loss. While the track was cleared to make way for a sleek multi-billion dollar sports complex, Jollett decided to erect a gritty, gut-wrenching tribute to the old man and the old track without any or sentimentality. He spent the next five years memorializing his father’s life and death and his own troubled upbringing in the metaphorical dust of the racetrack.

The results are Hollywood Park, Airborne Toxic Event’s sixth studio album—the band’s first in five years and first on Rounder Records—and Jollett’s acclaimed memoir of the same title, published in May by Celadon Books, a division of MacMillan. Taken together, Hollywood Park the album and book represent a towering musical-literary achievement that shows both the breadth of Jollett’s talents and the powerful ways they intersect. Jollett uses songs to tell stories and the written word to hit lyrical high notes. He has woven together references ranging from Shoegaze to Springsteen into a cohesive musical tapestry and produced an unsparing memoir full of intimate, often painful personal details that unlock universal coming-of-age themes. With these towering twin works, Jollett has channeled his artistry into a compelling and multi-layered pop-cultural milestone.