Home Events The Aces: Under My Influence Tour 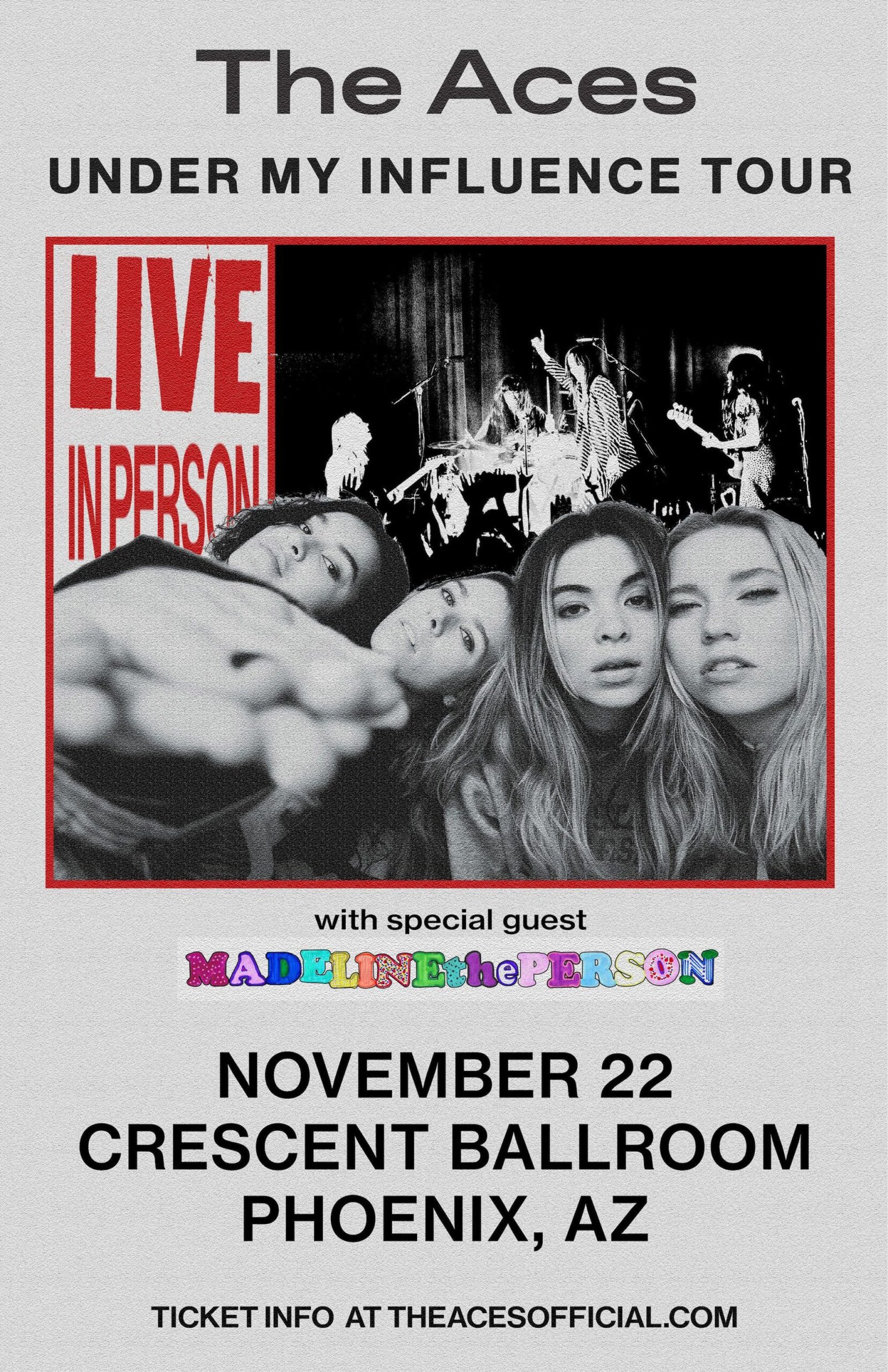 The Aces: Under My Influence Tour

The Aces: Under My Influence Tour
with support from Madeline The Person
Crescent Ballroom
Doors 7pm, Show 8pm

In the years since The Aces released their debut album,When My Heart Felt Volcanic, the band sold out their headline US tour, supported 5 Seconds of Summer, and spent countless hours documenting everything in-between in the songs that would make up Under My Influence. An album brimming with trust —trust in themselves, as individuals, as a group, and with their fans – Under My Influence pushes their sound to more buoyant heights, grounded in learned realities.

Under My Influence brings fans deeper into The Aces’ world of funk-tinged romance, heartfelt breakups, and relentless positivity —no matter what’s going on. Together, sisters Cristal and Alisa Ramirez (vocals/guitar and drums, respectively), McKenna Petty (bass), and Katie Henderson (lead guitar/vocals) —all friends since grade school —explore growing up and falling in love in the 21st century with candid honesty and endearing relatability. Amassing over 30M streams to date, Under My Influence finds The Aces standing tall, cheeky, and fantastically independent.Executive produced and co-written by the band, Under My Influence debuted across numerous Billboard Charts, hitting #53 on Top Albums, #31 for Emerging Artists, and #18 on Heatseekers Albums, in addition to earning a spot in Rolling Stone’s Breakthrough 25 list for July. The project received praise for its exploration of love, relationships, mental health, religion, and sexuality, with several band members owning their identities as queer women and using gender pronouns in their music for the first time.