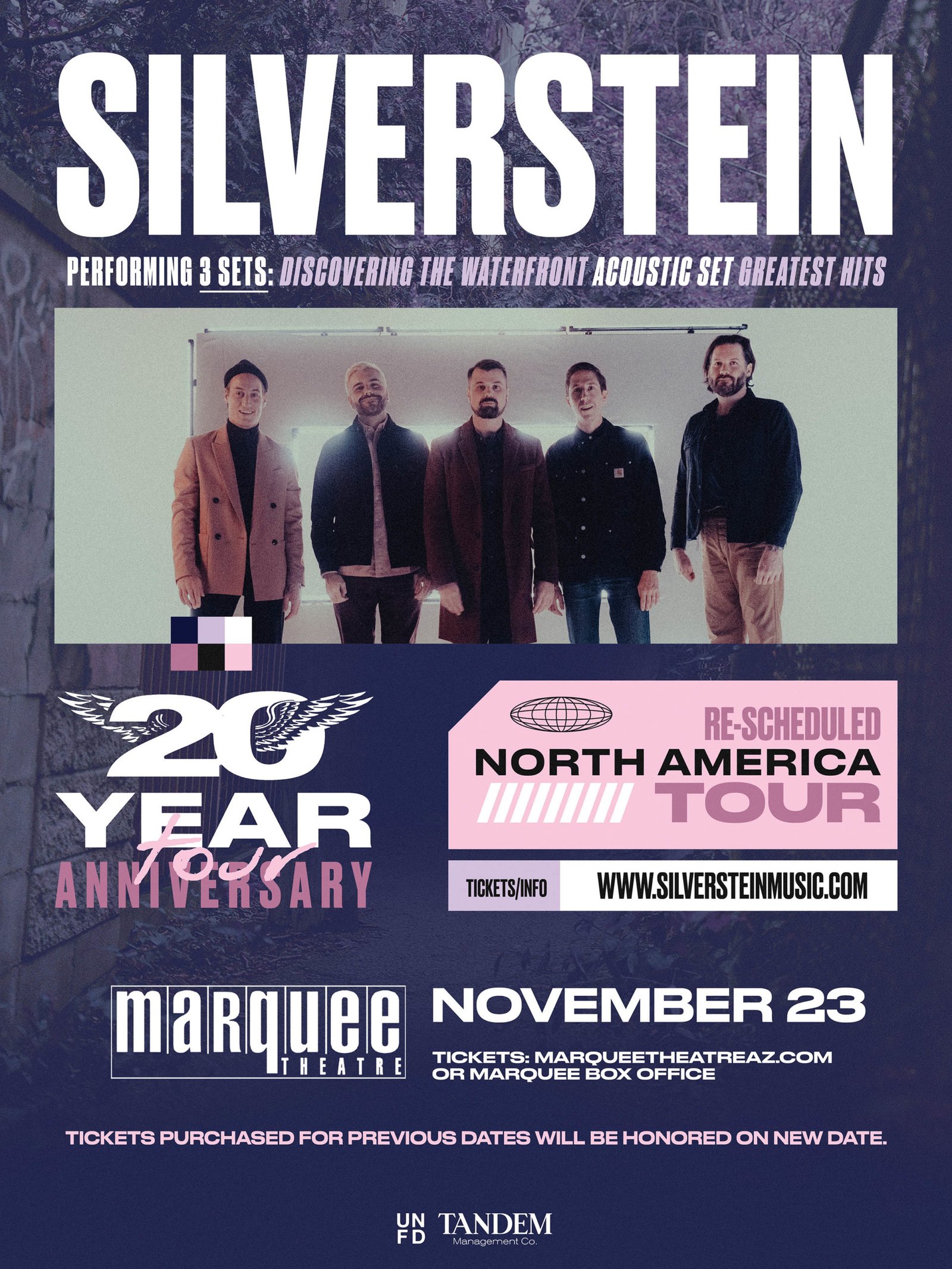 Since bursting onto the scene in 2000, Canadian post-hardcore outfit Silverstein has consistently wowed audiences with their energetic, adrenaline-filled concerts. Their setlists pull from all seven of their studio albums and feature longtime favorites “Vices”, “Bleeds No More”, and “Smile In Your Sleep” alongside recent singles like “Stand Amid The Roar” and “Massachusetts”. Frontman Shane Told pours his heart out onstage, alternating between soft melodic croons and thunderous screamo yells. The rest of the band radiates passion, from Paul Koehler’s relentless drumming to bassist Billy Hamilton’s guttural growling. Silverstein’s emotionally charged renditions of their aggressive, melodic songs are sure to leave their ravenous fans begging for more.

Silverstein formed in Ontario, Canada in 2000 and released their first EP, Summer’s Stellar Gaze, later that year. Since 2001 the five-piece’s lineup has consisted of lead singer and keyboardist Shane Told, guitarists Paul Marc Rousseau and Josh Bradford, bassist Billy Hamilton, and drummer Paul Koehler. In 2002 the band penned a deal with Victory Records and released their debut album, When Broke Is Easily Fixed, the following year. Their sophomore release, 2005’s Discovering The Waterfront, introduced faster punk rock influences and cracked the Top 40 on the Billboard 200 chart. Over the next decade they released five more studio albums, including 2013’s This Is How The Wind Shifts. Silverstein excels in live performance and is known for their extensive touring — they’ve played in more than 40 countries alongside bands like Rise Against, Hawthorne Heights, The Devil Wears Prada, Blessthefall, and A Day To Remember. In 2014 they announced plans for a world tour to mark the 10th anniversary of Discovering The Waterfront, as well as a brand new studio album, I Am Alive In Everything I Touch.