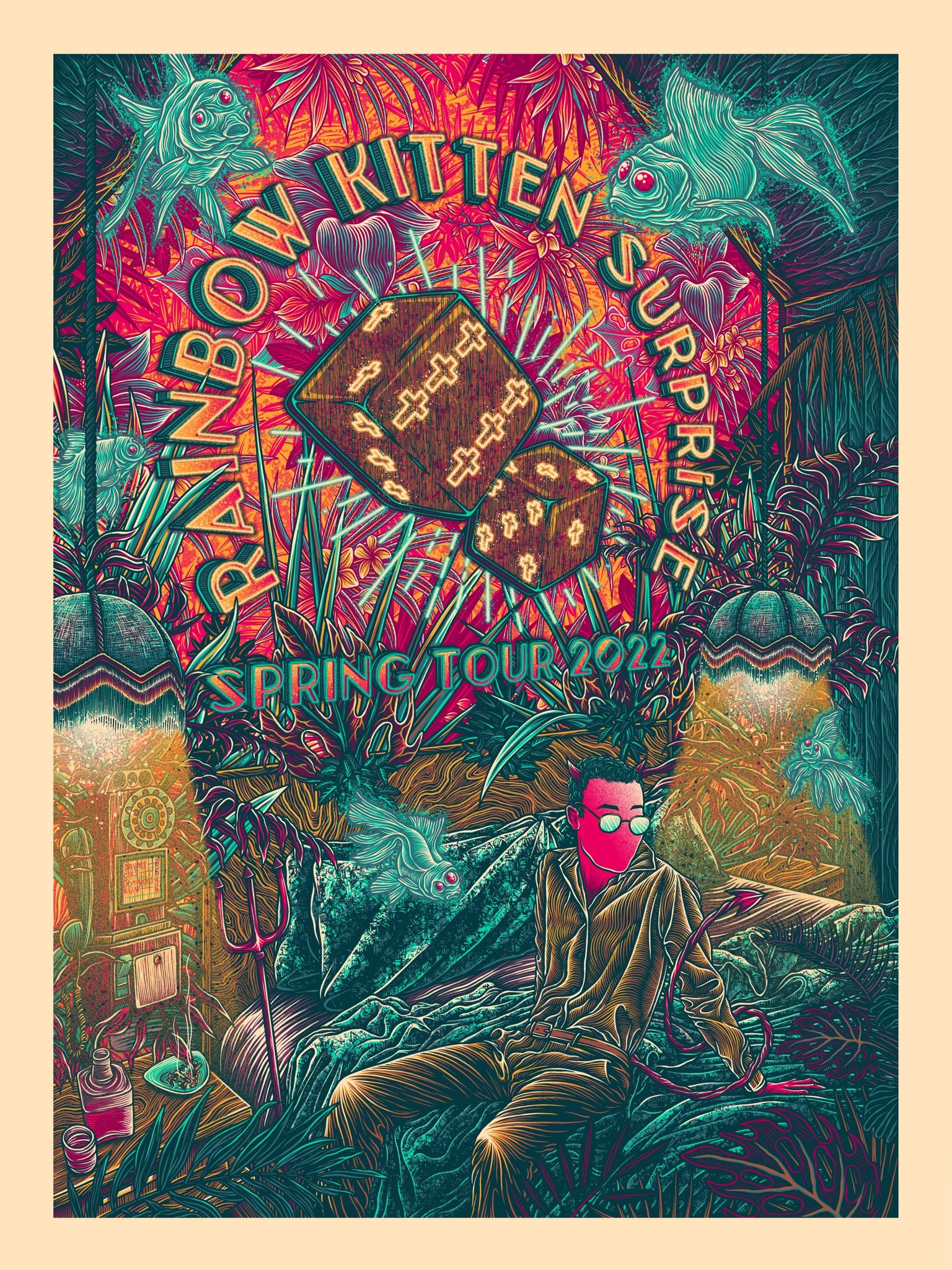 Rainbow Kitten Surprise and all five of its members hail from the mountains of Boone, North Carolina. With chilling harmonies, dynamic instrumentation, and introspective lyrics, their distinct sound takes influence from artists like Modest Mouse and Kings of Leon.

RKS was formed in early 2013 when the first two members, Sam Melo and Darrick “Bozzy” Keller, began writing and composing music together in their dorm. What started as just two college students with acoustic guitars would soon turn into a full-fledged band. The addition of Ethan Goodpaster on lead guitar, Charlie Holt on bass, and Jess Haney on drums brought the group full circle.

After riveting performances at CMJ and Savannah Stopover, their fan base has grown from the small college town of Boone to all over the world. In 2015, their hit “Devil Like Me”, was included on Spotify’s Viral 50 Chart peaking at #16 in the U.S. and #6 in Canada. Building on the success of releases Seven + Mary [2013] and RKS [2015], the group closed out 2016 with a streak of 14 sold out U.S. shows from Athens, GA to Boston, MA.

Rainbow Kitten Surprise will be touring extensively and working on new music in 2017.

Named a 2019 Artist to Watch, 99 Neighbors is a group of friends from Burlington, VT creating music in a basement for the world to hear. Fronted by Sam Paulino, Swank, and HANKNATIVE, the group fuses hip-hop, jazz, and rock, alongside their DJ JFear and producer Somba.