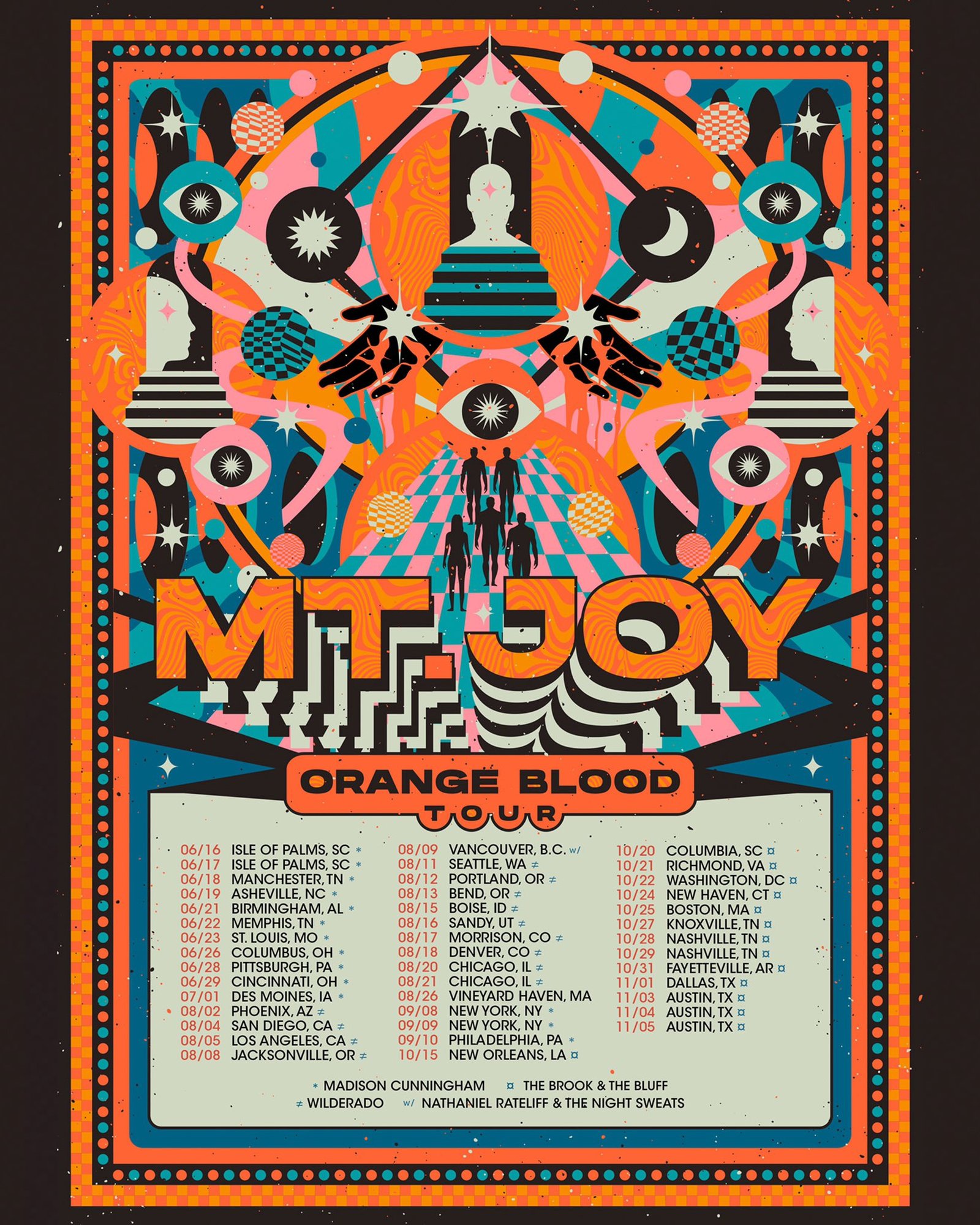 An indie folk outfit with a soulful rock bent, Mt. Joy began as the project of Matt Quinn and Sam Cooper, a pair of high-school friends from Philadelphia. The duo had a history of playing music together in their younger days, but life and circumstances pulled them apart for many years. Reconvening in Los Angeles in 2016, they recorded four songs with producer Caleb Nelson using the name Mt. Joy. Released online with little fanfare, one of their songs, “Astrovan,” began to pick up steam digitally, eventually logging over three million streams. Buoyed by their success, Quinn and Cooper decided to quit their day jobs and enlist a full band to complement their live shows. Released in 2017, their follow-up singles “Sheep,” “Cardinal,” and “Silver Lining” fared similarly well as the group’s reputation grew. Mt. Joy kicked off 2018 with the understated, slow-building single “Jenny Jenkins,” followed a few months later by their self-titled full-length debut.

A rousing combo from Tulsa, Oklahoma, Wilderado’s expansive indie rock fuses soaring vocals and rumbling guitars with an open-road, Americana-inspired feel. The band spent the latter part of the 2010s building a sizable fan base through heavy touring and a series of EPs and singles which were streamed into the millions. In 2021 the group issued their eponymous debut album.