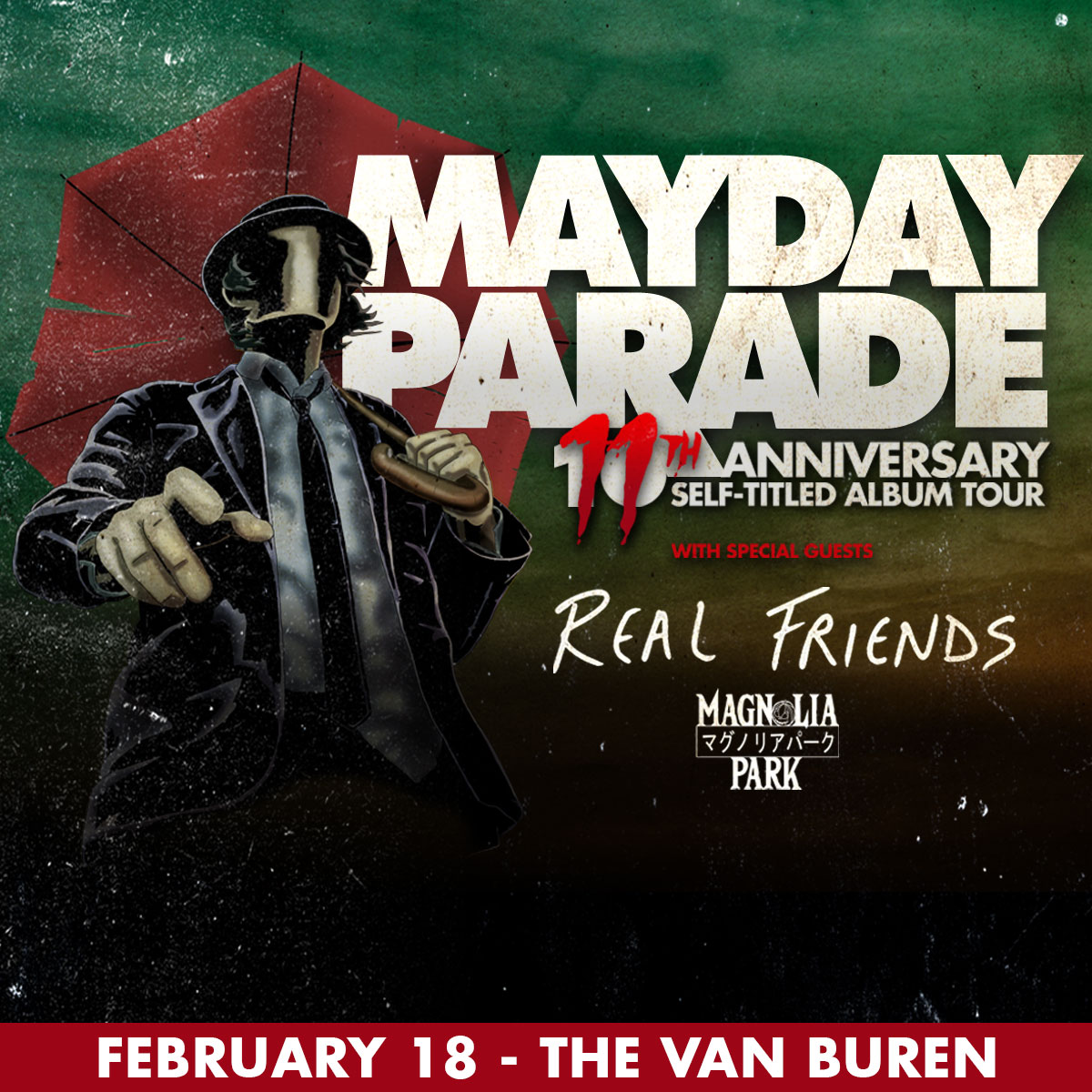 Since forming in 2005, Mayday Parade have amassed one of the most loyal, rabid fan bases around thanks to energizing concerts and four studio albums full of heart-on-sleeve lyrics. With the release of their arresting fifth record, the Mike Sapone-produced ‘Black Lines,’ the members of the Florida pop-rock quintet — vocalist Derek Sanders, guitarists Brooks Betts and Alex Garcia, bassist Jeremy Lenzo and drummer Jake Bundrick — are taking a giant leap forward as musicians and songwriters.

That’s evident from ‘Black Lines” ferocious opening song, “One Of Them Will Destroy The Other,” which features slashing guitars, throat-shredding vocals and a guest appearance from Real Friends’ Dan Lambton. The sizzling, grungy “Hollow” and the tornadic, teeth-baring “Let’s Be Honest” also boast aggressive riffs and a propulsive rhythmic backbone.

“We noticed some of the songs were heavier than we’ve ever done, that there were a lot of guitar riffs we had never really had before,” Bundrick says. “We tried to make those parts more distinct.”

Yet like other Mayday Parade albums, ‘Black Lines’ is certainly dynamic — for example, the tension-filled, simmering choruses on “Underneath The Tide” explode into soaring, noisy verses — and has undeniable variety: “Just Out Of Reach” ends with a plaintive piano coda and lonely vocals, while the ’90s alt-rock-reminiscent “Letting Go” is driven by rich acoustic guitar and Sanders’ delicate singing.

The sonic evolution was a natural progression for Mayday Parade, which is comprised of childhood friends who cut their teeth in the Tallahassee, Florida, music scene. The group famously self-released 2006’s ‘Tales Told by Dead Friends’ EP and followed Warped Tour around selling the CD to kids waiting in line — which eventually led to a record deal and several official stints performing on Warped Tour, as well as tours with bands ranging from the Pierce The Veil, to All Time Low, and PVRIS.

On ‘Black Lines,’ Mayday Parade wanted a rawer sound that more accurately reflected their magnetic live performances. But the band also wanted to convey greater emotional complexity and sophistication: Songs focus less on heartbreak and more on mature, grown-up topics — navigating the nuances of adult relationships and friendships, when there’s more at stake and things aren’t so black and white. “We’re people in happy relationships with good things going on in our lives, so we didn’t want to keep writing songs about all these sad topics,” Sanders says. “Of course, there is some of that in the record for sure — but we tried to focus a little more on other things, just life and growing up.”

Long-time fans shouldn’t worry, however: Mayday Parade’s core creative process, which is steeped in collaboration and democratic decision-making, remains firmly intact. “We all bring in ideas, and they could change drastically once everybody puts in their input,” Sanders says. “It wouldn’t be a Mayday Parade record if we didn’t all five work on the songs together like that.” In fact, ‘Black Lines’ was even more of a group effort — which is not only a representation of how each band member has improved musically, but also an indication of their innate, ever-evolving chemistry. Ten years into their career, the members of Mayday Parade are more creatively charged than ever.