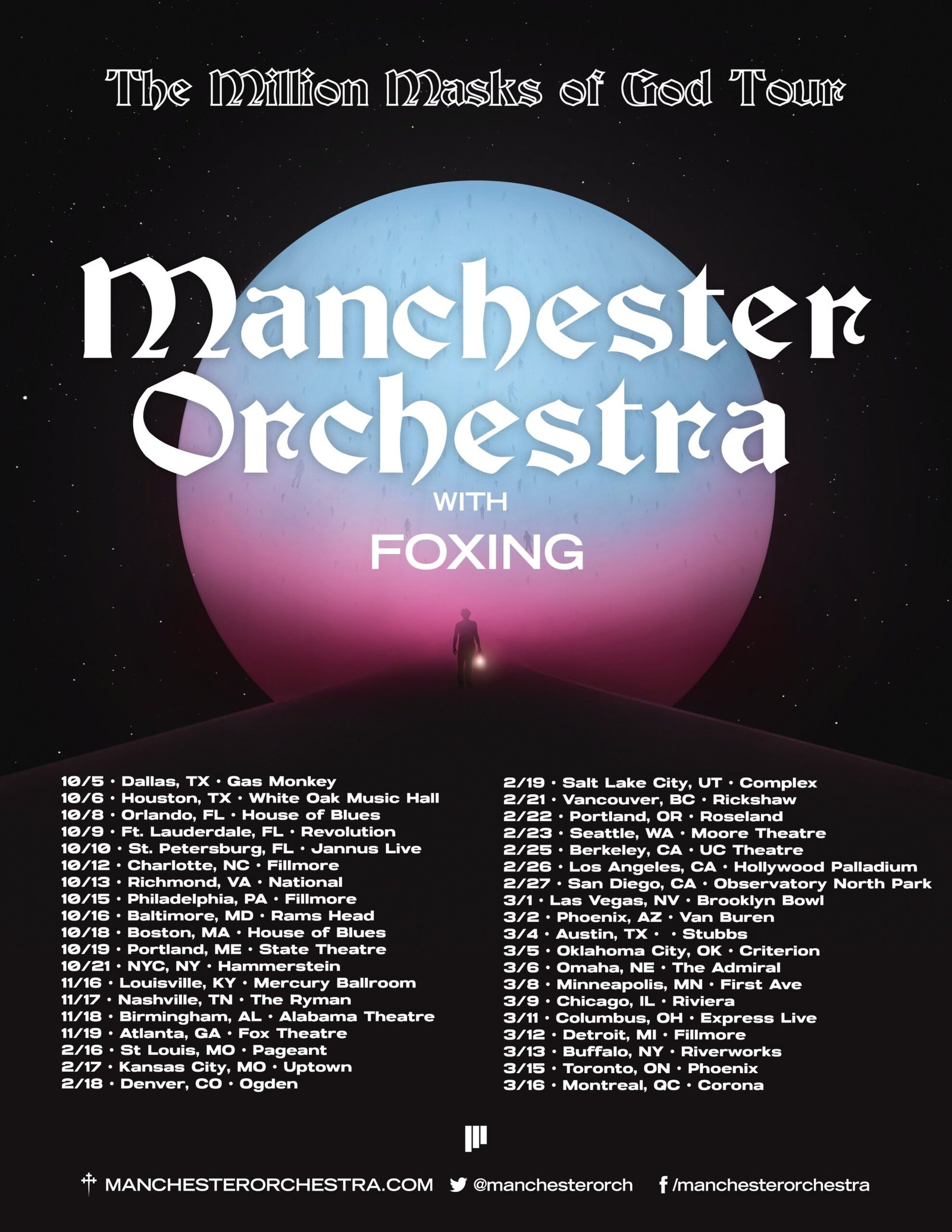 Though Manchester Orchestra has only been a proper band for a year and a half, this young 5-piece (with an average age of 19) has crafted an album that sounds more aware and traveled than many of its more aged peers. Led by singer/songwriter/guitarist Andy Hull, Manchester Orchestra’s debut LP, “I’m Like A Virgin Losing A Child”, is a statement cinematic in scope – a series of emotional vignettes that delicately unravel over the course of an elegantly conceived musical arc that recalls both murky southern mysticism and the id borne bombast of the Pacific Northwest. Driven by lyrics that are insightful, spiritual and impressionistic, “I’m Like A Virgin Losing A Child” is a litany of intimate details presented in widescreen. Just as the pointillist paintings of Georges Pierre Seurat or the films of Robert Altman lead our attention to the fine details, Manchester Orchestra also find inspiration in the intimate; but it is when we are able to gain some distance we begin to see the bigger picture and wonder where our experience fits in. Manchester Orchestra’s beginnings lie in the suburbs of Atlanta, Georgia where during Hull’s junior year in high school, his talent as a songwriter was garnering the attention of fans and industry types alike. One of which prompted the idea of Andy to home school himself and put all of his focus into to writing and recording an album. Heartened by all the positive feedback, Hull took the advice and spent his senior year in the studio. Freed from the traditional senior year rigmarole of finals and proms, Hull delved deep into creating the characters and stories that were to make up an ambitious concept album that was to be Manchester Orchestra’s debut. But as time passed and the band’s line-up began to solidify, the tenor of Hull’s songwriting began to change. Emboldened by longtime friend, and band-mate Jonathan Corley (bass) and the addition of Jeremiah Edmond (drums) into the group, Manchester Orchestra’s musicianship began to take new flight. It soon became clear that this was the sound of a different band. Not content with forsaking all of their hard work, the revitalized group decided to pare the album down to an EP (the tellingly titled “You Brainstorm, I Brainstorm, But Brilliance Needs A Good Editor”) on the band’s own label, Favorite Gentlemen, and get out on the road. According to Hull the decision to champion chemistry over concept was easily made. After Brainstorm’s release, the band focused on touring the southeast. During this period, another one of Hull’s close friends, keyboardist Chris Freeman, entered the fold. Manchester Orchestra’s musical direction was now solidified and the band began writing songs for their full-length, follow-up. These new songs, which would become “I’m Like A Virgin Losing A Child”, were powerful, compact rockers that battered away at one structure before taking an abrupt turn into the next. The effect is akin to getting lost on purpose: Just as the layout makes sense – even familiar – it’s the unexpected detours that maintain the thrill. Though Manchester Orchestra’s new songs were decidedly not going to comprise a concept album per se, Hull still found that his lyrical voice was best spoken through characters rather than personal experience. “I think that a lot of the time music should be like movies,” says Hull. “Whether or not the songs are from characters’ perspective they’re still characters in my brain. So they’re different parts of my personality saying whatever it is that that person’s feeling. When you’re in a band when your seventeen there’s a big difference between nineteen and twenty. We’ve always taken our band very seriously but we didn’t know what to take seriously. These songs are a whole lot more ‘This is what our band sounds like and this is what we wanna write.’” After months of writing, rehearsing and touring on their new material the band decided that the next album should reflect the same energy as their creative process. When the band entered the recording studio with producer Dan Hannon in the summer of 2006, they played everything live – passionately bashing their songs out together in the same room. Manchester Orchestra’s full-length debut, “I Am Like A Virgin Losing A Child”, was born. Along the way they found a new comrade in studio intern Robert McDowell who would later become a full-fledged member of the band.