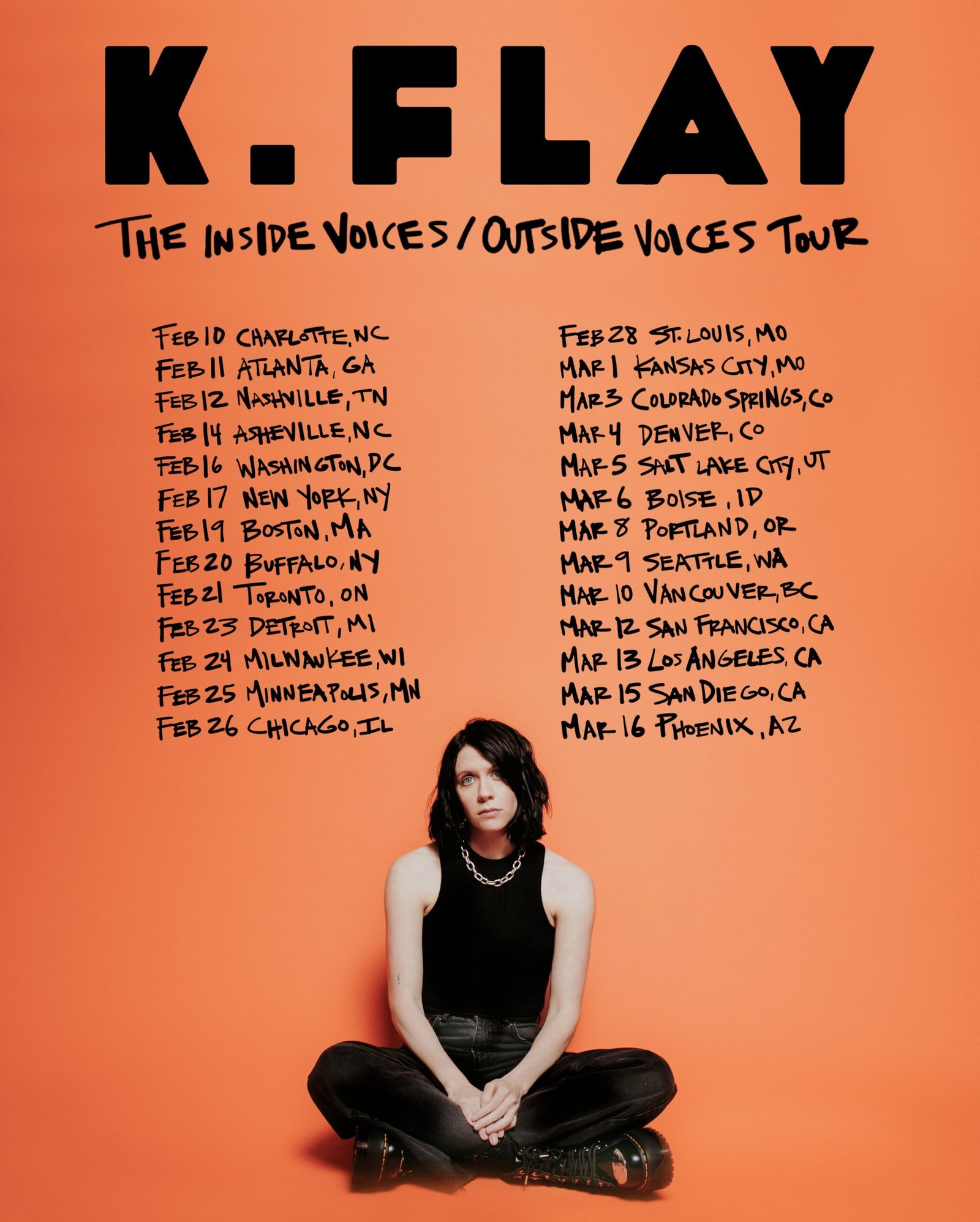 Originally from Illinois, K.Flay started rapping and writing songs on a lark while attending Stanford University, and soon began releasing her self-produced mixtapes. Not long after the arrival of Every Where Is Some Where (her major-label debut), she took her kinetic live set to arenas around the world as support for Imagine Dragons, in addition to earning her Grammy nominations in the categories of Best Rock Song (for “Blood in the Cut”) and Best Engineered Album, Non-Classical. Through the years, she’s also brought her genre-bending sensibilities to an eclectic mix of collaborations, working with everyone from Linkin Park’s Mike Shinoda to Louis the Child to skate-punk bands like FIDLAR and Dune Rats. But despite that deliberate shapeshifting, K.Flay’s output remains rooted in her undeniable lyrical skills, an element she attributes to her innate love of language and its infinite possibilities. In the making of her new EP Inside Voices, the two-time Grammy-nominated artist followed through on that newfound confidence by claiming total freedom in every aspect of the creative process. The result: a glorious primal scream in EP form, equal parts exhilarating and explosive and wildly illuminating.