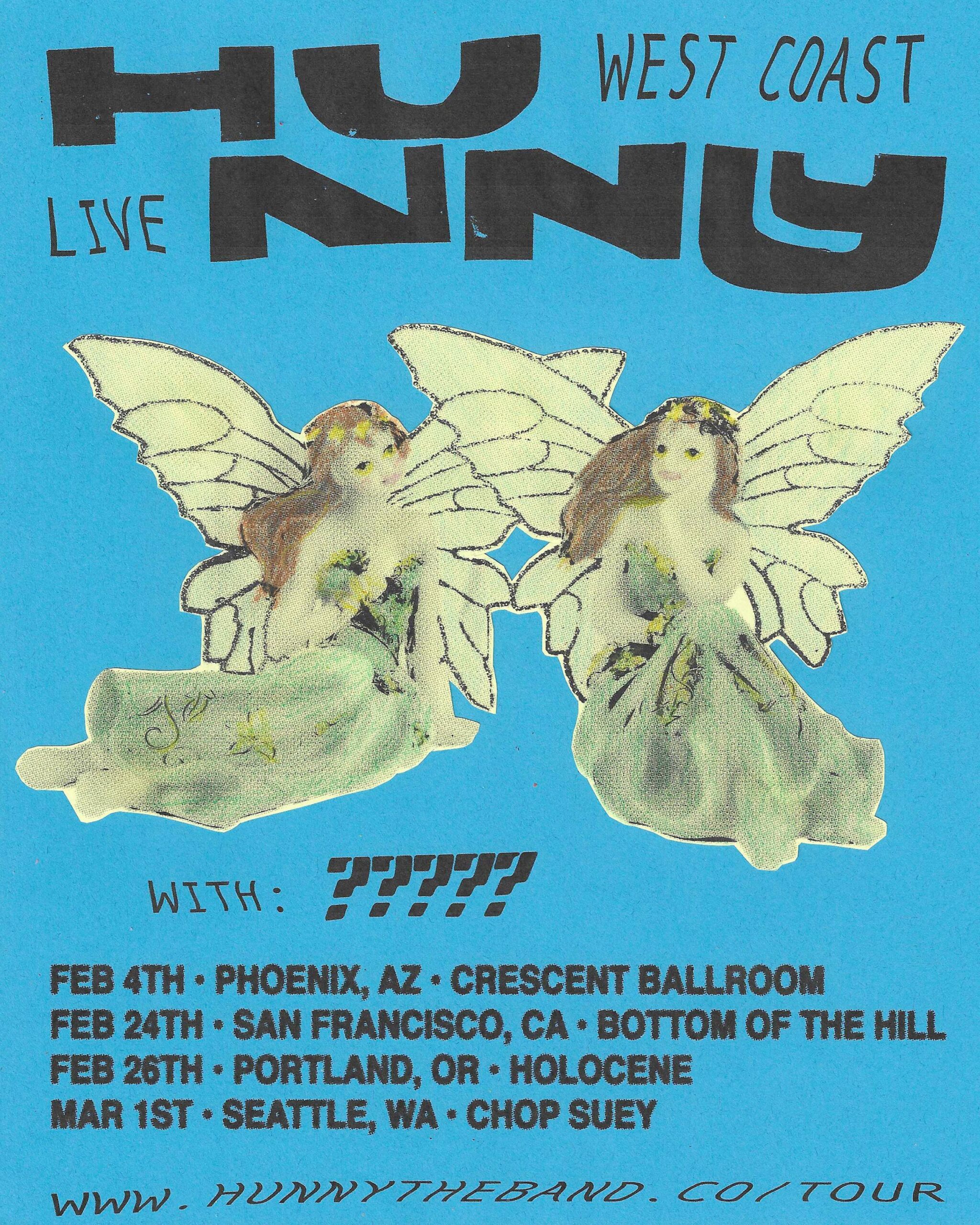 Blending sterling pop hooks with melodies and arrangements influenced by ’80s alternative rock (especially the Cure) and lyrics that put an upbeat spin on heartache, California’s HUNNY established themselves with a series of streaming hits beginning with 2015’s “Cry for Me.” After signing with leading punk label Epitaph, they released their full-length debut, Yes. Yes. Yes. Yes. Yes., in 2019.

The members of HUNNY all hail from Newbury Park, California, a town near Malibu. Lead singer and guitarist Jason Yarger and bassist Gregory Horne had been friends since high school and played in a rock band together, while guitarists Jake Goldstein and Jake Munk had been playing music since their early teens. It wasn’t until the musicians were sharing a house together that they decided to join forces, with Yarger contributing songs originally written for a solo project. With the addition of keyboard player Kevin Grimmett and drummer Joey Anderson, the first lineup of HUNNY was complete. In 2014, they released their debut single, a track titled “Honey Blonde,” but it was with their 2015 release “Cry for Me” that the group made their breakthrough, as the tune was streamed over a million times within a year.

The band hit the road for a nationwide tour with fellow Californians the Neighbourhood and Bad Suns, and in October 2015, HUNNY issued the five-song EP Pain/Ache/Loving, which included “Cry for Me” and another streaming success, “July.” By the time the EP arrived, the group was a five-piece, following the departure of guitarist Jake Munk. HUNNY‘s success continued into 2016, as their single “Vowels (And the Importance of Being Me)” became another hit. In 2017, they released the EP Windows I, which included two more streaming hits, “Televised” and “Shy.”