Dominic Fike closed his banner year with a sold out tour, the penultimate stop of which landed in Arizona last week. The singer-songwriter and his band sold out Marquee Theatre, filling the venue with rabid fans, lots of lights and warm energy. 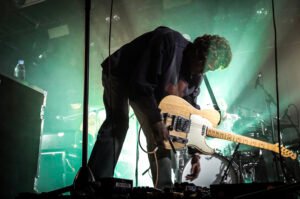 While the music was stellar and the night was flowing along with Fike’s relaxed presence at the forefront, the energy in the crowd did not remain so placid. We’ve seen an uptick in lack of concert etiquette in a post-pandemic world and this audience made insults, scattered bouts of jeering and fighting and more than a few attendees passing out in the press of bodies stand out more than the music at various intervals. 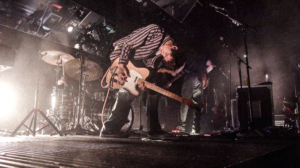 Fike did his best to keep everyone singing along and, for the most part, him launching into another fan favorite kept everyone distracted by the real star of the show- the music. His catalog is built on a solid foundation of meaningful songwriting and backed up by the obvious talent of everyone onstage.

In addition to his trusty guitar, Fike also took a turn at the keys, his voice soaring with the aid of the audience. There were moments of pure rock’n’roll, soft acoustic ballads and plenty of opportunities for the fans to scream the lyrics to keep the momentum going.

Safe to say this was a stellar way to close out the holiday touring season for both Fike and most of the people that packed the Marquee. With the response to this run of shows, we have no doubt that he’ll return to the road in the new year to play for even larger adoring audiences. 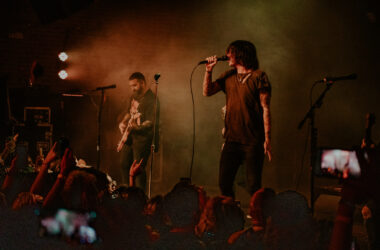 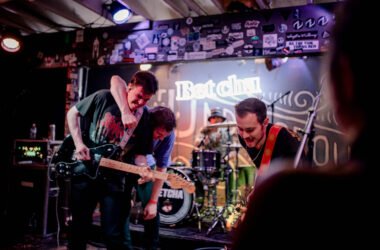 The DIY scene is alive and well in Arizona, with downtown Mesa’s Nile Underground fully in business hosting…