What’s your version of utopia? For St. Lucia, the project of husband-wife pair Jean-Philip Grobler and Patti Beranek, it’s a jungle — plants, vivid colors, and an ever-changing backdrop. And it’s a feast for the ears as much as it is for the eyes, with sparkling, disco-tinged pop sensibilities and palpable creative energy. That being said, it should come as no surprise the Phoenix stop on St. Lucia’s Utopia tour (named for their latest album) was sold out and packed with people looking to dance the night away.

Like most weekend shows at the Crescent Ballroom, the crowd was a mix of dedicated followers and general lovers of the arts who were enjoying a night out. But the funkytown-style synths of “Rocket on my Feet” and earworm melody of “China Shop” converted any potential skeptics — not to mention the sheer happiness that radiated off the fans. Grobler and Beranek, who are back in the U.S. after moving to Germany during the pandemic, were visibly awed to be on stage performing after so many years, and the fans were equally thrilled to welcome them back. 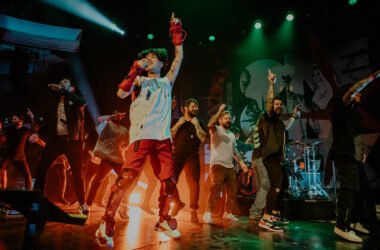 International rockstars One Ok Rock finally made their way back stateside this fall, closing their epic tour run… 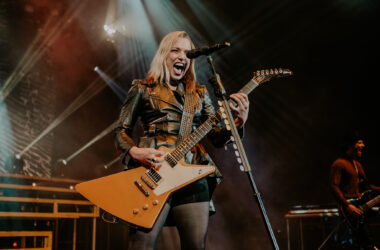