South African pop singer Will Linley has already had his first (several) viral moments with his debut single. Now, the 20-year-old has released “Wrong Time”, a bubbly, infectious song about the right love at the wrong moment. Atlas sat down with Linley from the studio in Los Angeles to talk about longevity versus virality, writing songs from outside perspectives and hints at new music.

Atlas Artist Group: Since you started releasing music, your first viral moment and the reception so far, has there been a moment in the last couple of years where you realized that this is something you’re absolutely going to pursue?

Will Linley: Yeah, I think it certainly was a thing that I started thinking about near the end of last year. I think it’s always been a very far off dream of mine. And as a young kid, I’ve always done music and loved it growing up. My brothers play music and so I grew up in a household of just doing music and having that small little dream as a kid, imagining I could do music one day.

And I think that now it’s feeling like a possibility. I’ll just try and give it my best and do what I can. I’ll be delusional for a second and think that maybe I’m the one that can do music as his career for the rest of his life. But I think I’m very much in the mindset of just going like, I’m taking a day at a time and enjoying the ride while it happens and just taking it all in.

Atlas: Your first single went viral on TikTok and a lot has happened since then. How has the journey been and how do you feel about TikTok changing the landscape of music?

Linley: I must say, as much as the app irritates me- and I don’t like to be told to go make TikToks- I’m like, let me just make music please. There’s value in that and I wouldn’t be here doing this if it wasn’t for that app. It’s a love/hate relationship. I love it for giving me this opportunity but it grinds my gears. I really realize how much I owe to TikTok and what it’s given me now. It’s allowed me to truly run after something that I’ve wanted to run after for so long.

It’s always hard trying to follow up the first single doing as well as “Miss Me” did and I think that I’ve got to keep on just telling myself like I’m very much a growing, maturing artist slowly. It’s about playing a game of longevity and not trying to chase virality. Oftentimes, artists can get caught up in virality and that sometimes isn’t something that allows you to build a sustainable career. Don’t get me wrong- there are some artists who have done incredibly well and are doing unbelievably well and kudos to them. But I think that there’s certainly pressure that I have felt following “Miss Me” and following that doing so well.

Going into the second release of my new single, I’ve had to see it in completely different eyes and just go; this is a different song. People might not like it. People might love it. People might think it’s okay [but] it’s no “Miss Me” and then they won’t listen to it again. I’ve gotta understand that songs have lives and as an artist, just because people don’t like this song, or maybe they love it, or just because their reactions may be different doesn’t mean that their reactions won’t be different to the next song I put out and the next one after that. It’s about seeing it as a longevity game and just constantly putting out music that I love. If I’m supportive of it- if I love the music that I’m putting out- that’s the most important thing.

Atlas: What’s the story behind “Wrong Time”- how did it all come together?

Atlas: What’s been the best reaction to “Wrong Time” so far?

What’s been awesome to see is people going like, okay, something new, something a bit different. That’s what the next few songs are going to be. We had “Miss Me” and now we have “Wrong Time” and then the next one is also in a completely different world. That’s what this mini project is all going to be building up to- just having all these little bite sized pieces that hopefully cater to a new person every single time. Maybe there’ll be overlap from some songs and I love all the music and so I hope that other people love it.

But I think a lot of the time, some artists can get caught in the mindset of going like, I have to just keep in the same sound of song. And I feel like what makes it a Will Linley song is that Will Linley is singing it, but what’s gonna change is the music and some of the instrumentation around it and that type of thing. It kind of has caught people off guard and they’ve gone ‘I wasn’t expecting that’. I think that’s been really cool.

Atlas: You’re in the studio right now- any preview of what you’re working on? Any hints?

Linley: You’re playing with fire! We do have more music coming. I can’t say much more. But there is music to follow. I don’t think we’ll wait as long as we waited to release “Wrong Time”. New music will come sooner than one thinks.

Atlas: Besides your own life experiences, what other influences and inspirations do you bring into the studio when you’re making music?

Linley: I think sometimes it’s helpful to write from somebody else’s point of view and sometimes it’s just nice to tell a story. Oftentimes writing about your own life experiences can be very daunting. Sometimes you get so down yourself because you like, no, this isn’t exactly what happened or I’m not doing this moment justice. I was trying to write a song the other day about heartbreak and I couldn’t come up with anything that felt real and expressing the true emotions that I was feeling. I think sometimes writing from real personal experiences and often writing very soon after something’s happened can be quite hard, because you haven’t had time to process everything. Sometimes just writing a story and coming in with a fun concept of going, what if you just told a story about this. Then you go in and write and it’s quite fun because you can play these characters and draw from little experiences that maybe I’ve had.

That’s something that I do love doing and I want to try to do more of. That’s the inspiration that I can take into some sessions when it comes to writing a song. How can I bring a fun story into this or maybe write from a friend’s experience of something that they’re going through?

Atlas: Are you hoping to do some live shows soon or once you’ve released more music?

Linley: I do have some live shows planned. They’re all back in South Africa but very much soon to announce a bunch of that stuff. I’m going to be announcing on my socials in the coming weeks but looking at hopefully putting together a little bit of a tour and play some some awesome live shows.

Atlas: When you have the chance to go on a more widespread tour, who would you love to be on the road with?

Linley: Oh goodness gracious, how much time do you have? No, I’m joking. It’s always difficult to try and sum up a lot of what you’d love to say. A big part of who I am and what I’d love people to just try and pull from the music and pull from interaction with me is that it’s very much trying to spread as much positivity and fun, good vibes around as much as possible. The biggest thing that I want people to try and draw from the music is energy, good vibes and just a collective identity of just that positivity and upliftment and just trying to keep things as light hearted as possible. I write about very sad topics, but I try to keep the music upbeat and alive. That’s probably one of the things that I would love people to take out of the music when they listen to it and when they see me as an individual.

“Wrong Time” is out now!

Interview has been lightly edited for length and clarity. 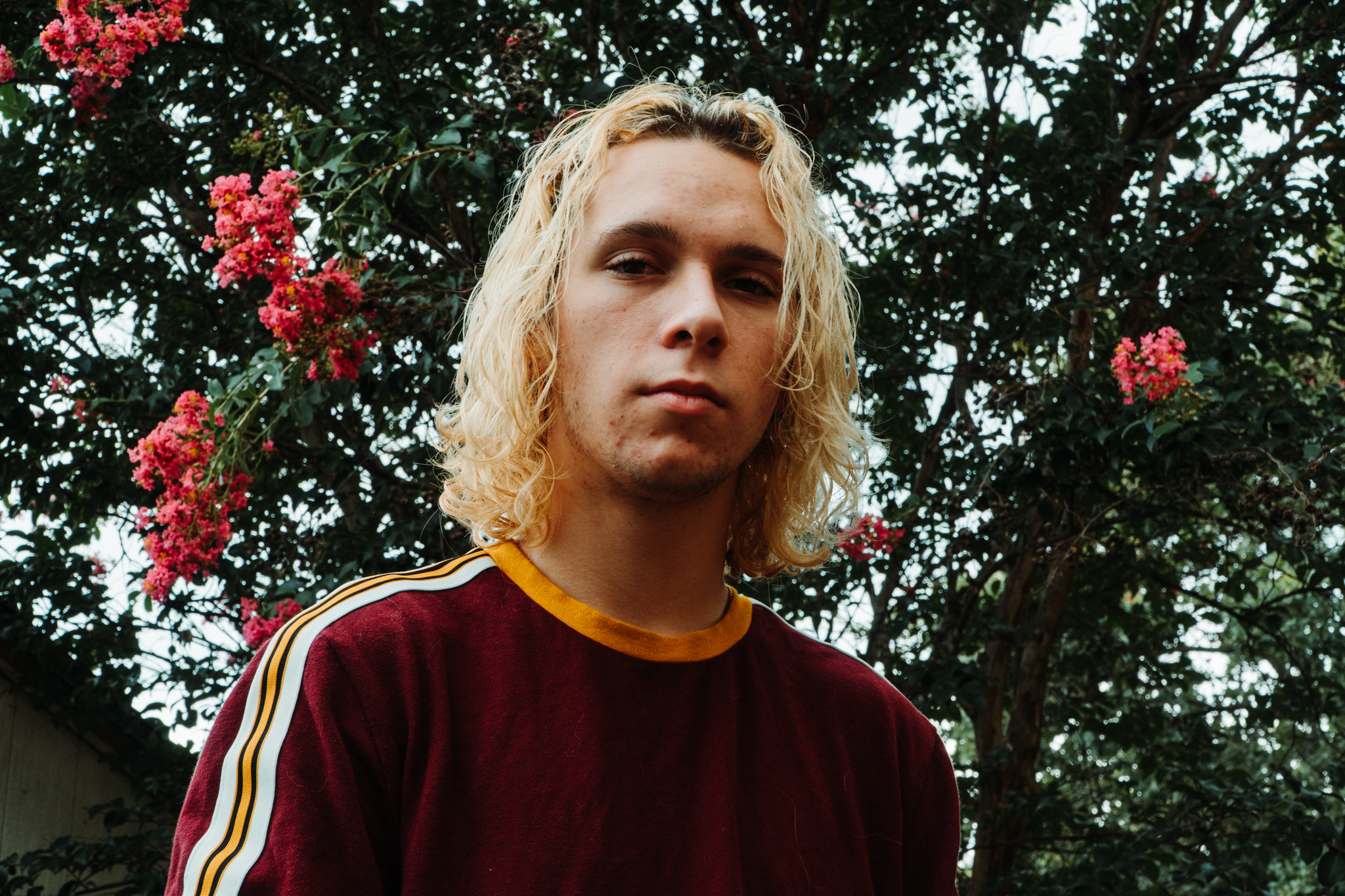 Dallas-born indie pop artist Danny Goo is an independent star on the rise. His new EP, Feel For You, was…