Despite the limitations that 2020 has brought about, it’s been a banner year for AVOID. The Seattle rock band spent 2019 touring with some epic lineups before COVID-19 shut down the industry earlier this year. With their road plans on hold, AVOID turned their attention to prepping the release of their latest EP, The Burner, and securing a coveted NASCAR sponsorship that means the world to the band.

Atlas sat down with singer Benny Scholl awhile back to talk about this new era of the band, the serendipity of partnering with NASCAR and how the group has been handling quarantine. Throughout the course of the interview, Scholl made it abundantly clear that AVOID is here to stay, kick ass, have fun and welcome everyone to their next show.

How did The Burner come together? What’s the story behind this new era of AVOID?

So we had our first record Alone, and it was a lot of fun, but it was a very rushed process. Not talking shit about the album or whatever, but there were some songs that made the final cut that we wish didn’t make the final cut, or we wish we would have been able to spend a little bit more time. It just wasn’t us. It’s not that it’s a bad record, but it’s just like, that doesn’t really sound like something that we would put out. Alone did so much for us, and I think the songs that got the notoriety on that album were the songs that we did love. We just went through that process and we learned a lot from it. We don’t need to rush an album just because we think it’s gonna get us something.

We don’t brand as a metalcore band. We definitely are very metalcore-influenced, but we’re not a metalcore band. We are a rock band slash music project. But we definitely used to think that you had to be like the kind of pseudo-serious metalcore band The frontman comes on stage late and you have this big like rockstar-esque element to all of it. Not that none of that’s not sick or anything but it’s just like….we just didn’t really see any longevity in that and we watched a lot of bands die. We watched a lot of bands that were really big [and] headlining Warped Tour in 2008 that work day jobs now. We didn’t see a lot of longevity in metalcore and the scene the way that a lot of bands were doing it. There’s the exceptions, of course, with bands like Killswitch Engage, Bring Me the Horizon, Converge- a lot of really great bands. The difference between them and a lot of the other ones is they had originality in their sound and they pushed the genre to next heights. Those guys weren’t trying to cap out at a club. Those guys were trying to write great music, but they were just constantly pushing boundaries [and] trying to be the biggest bands in the world. And then we were just like, ‘why don’t we try doing that?’

So how the EP came together is we really had this realization after getting on some national tours ourselves and doing a couple cool things. We love doing this but we were honestly just embarrassed by some of the songs we were playing. We know we’re a good band and I don’t feel like we are showing that as well as we could have. Our mindset around some of the songs in the set we were playing was just kind of poor. And we were just like, ‘why are we settling? Why are we doing something that’s not making us happy?’ And so we started writing.

We were on tour with Red Jumpsuit Apparatus and Alesana and that was the coolest tour we ever got to do. That was so fucking sick. That summer, we wrote The Burner because I think that we learned the most we ever possibly could have in those three weeks. What people liked about our band was our dorkiness and the goofiness on stage. And then we’re like, ‘why don’t our songs fully show that off?’ We wrote with friends and we just started demoing songs and then eventually we were like, ‘this is AVOID’. This is what we sound like. It was a lot of finding yourself and then these formative experiences with the guys going through life.

With new music also came a new partnership with NASCAR. How did all of that happen and what does it mean to you guys as a group?

Luke and me specifically are ginormous motorsports fans all around. My dad is a huge motorsports fan, specifically NASCAR, and he’s probably one of the biggest Dale Earnhardt fans you’ll ever meet. I got the bug really early. I was born in ‘98 and Dale Earnhardt died in 2001, so my childhood was a part of mourning Dale Earnhardt. Honestly, that’s why we fell in love with NASCAR. What’s not cool about a car going 200 miles an hour this close to another car and you could crash at any time? That’s awesome.

I loved the stories. That’s part of the appeal to NASCAR, in my opinion. A lot of people think of it as like this hick, redneck, conservative flag-flying sport, and I never got that from it even as a little kid. Then when I started realizing that there was that connotation around it, it actually made me step back a little bit. Then I was like, ‘wait, that’s not what this is’. There’s bad people, and there’s bad people in everything in life. But you can’t say that NASCAR is inherently racist because of some problems they made in the past and then say that the NBA and the MLB and all these things are not racist for doing the same things in the past. We have a really bad history, but I think that it got reamed down too hard because there were some bad people that were advocating for some things. There’s so much diversity in the sport. I really wish people would look into that side of it more because it really is not what some people think it is.

So the NASCAR thing came about where we were just hanging out in my garage one day and we were like, ‘how sick would it be if we got a NASCAR?’ [We were] totally kidding around, not thinking for a second that it would actually happen. Then we were able to get connected with NASCAR [and] it was a smaller series, and it was great to get our foot in the door. Through that we met a couple more people and realized that we actually had some peers within our music community that are also in NASCAR. We were able to meet with a buddy who was managing a NASCAR Xfinity team and we got hooked up. We were able to secure a sponsorship deal with them for the rest of the year where they’re going to be running our logo in various sizes on the car. I can’t speak a ton about everything else yet, but there’s some video game stuff that we got involved with and a couple more things with them over the next few months. We’ve really started dipping our toes in this whole NASCAR thing and it’s been fucking crazy.

It’s great that you’ve made all of this happen over the last few months! How else have you been dealing with the pandemic and everything that’s come with quarantine?

Some days are harder than others just as it is for everyone. My cat has really gotten me through all of this and my girlfriend has two amazing new kittens. As a band, we’ve been trying to be very safe. Most of us worked in either the entertainment industry or the restaurant industry, so all of us got unemployed pretty damn quick through this. It was a blessing and a curse. Once we learned how serious the virus was and how it was working, we were able to start linking up and we made sure that we were our crew, essentially. We didn’t quarantine together, but we essentially made it so that we were only seeing our families and each other, and we tried to keep our bubble. We’re trying to meet up at least two days a week if not more. We’ve been really productive on the marketing side of things, but The Burner has been done for a minute now. We’ve been writing a lot, but a majority of our work for the progress of the band has been trying to secure these deals. We are so blown away by some of the things that we’ve gotten to pull off during all this, but playing together has been what has gotten us through. We literally just sit in a room and we just play together for an hour [or] two hours. I think I can speak for all of us when I say that has gotten us through this.

AVOID is playing a virtual show on November 6 and tickets are still available to watch here!

Interview has been edited for length and clarity.
Story by Olivia Khiel
Photo courtesy of AVOID 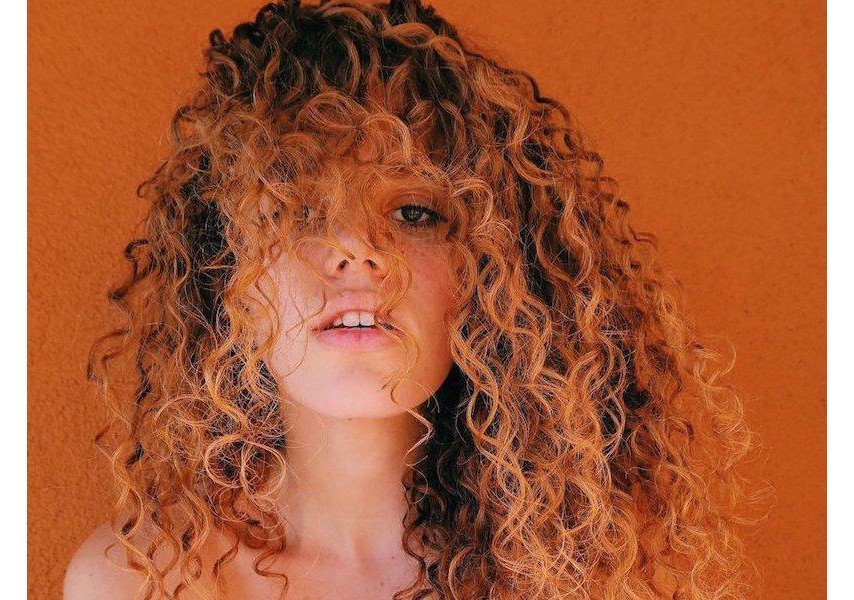 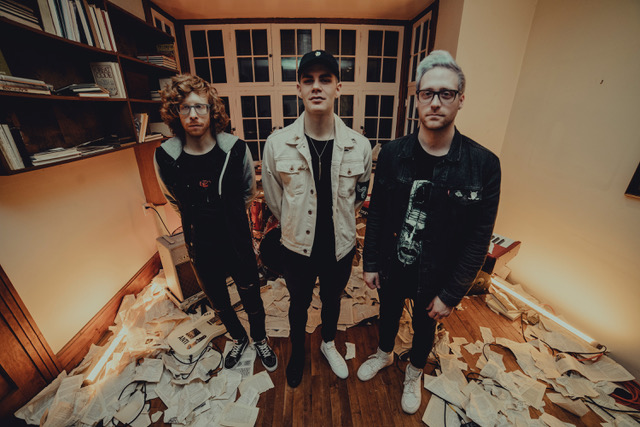 Canadian alternative group Violet Night’s new album is a huge step forward for the band. The trio of… 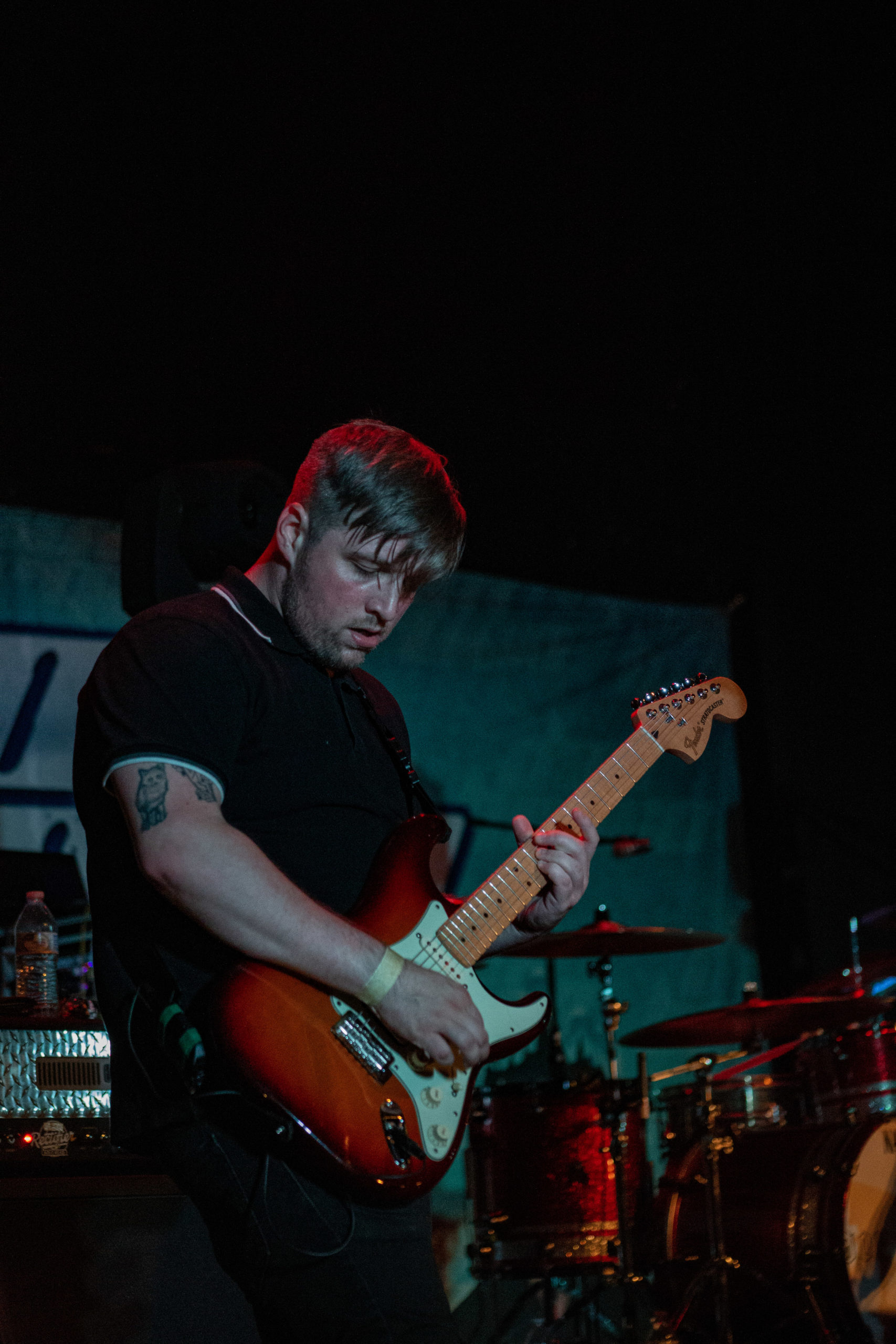