In this new era of Seaway, the first (and title) track of their upcoming album does indeed bring a big vibe. The smooth production lets each element shine through the verses, and its infectious energy explodes in the chorus. As the band says, “For this record we threw away usual conventions of the scene and genre and just made the record we always wanted to make.” So, who’s got the big vibe? The truck-driving girl in the red lipstick and 1995 shirts working as a barista until she can afford her bright future—and they’re crushing from afar. It’s the fun summer song we needed.

The shoegaze country crooner continues his Pony story with the release of a new EP. Show Pony brings a little glitter to a world in lockdown (along with Peck’s signature fringe of course). Peck has been performing “No Glory in the West” on each stop of his most recent tour, and fans will be thrilled with the recorded version. He even enlisted the help of country queen Shania Twain on “Legends Never Die”. Show Pony  is certain to be the perfect staple for a quarantine summertime.

Nothing should be surprising in 2020, but it’s worth noting anyway that shoegaze is not dead. The first single following last year’s Counting Flies EP, “Silverspoon” is a signature fuzzy alt rock track with production by Colin Brittain (Basement, A Day To Remember, Papa Roach) that gives it extra power. Teenage Wrist now operates as a duo—Marshall Gallagher on vocals/guitar and Anthony Salazar on drums—and says of the song, “Originally, we thought it was going to be the last track on the record, kind of a deep sleeper, but everyone ended up loving it so much by the end that it got bumped to single number one.”

This week Jake Luppen of Hippo Campus revealed his side project, Lupin, and breakout track “May.” It’s a groovy tune with so many layers that feels like Luppen is finally releasing his pent up energy, and it gets certifiably weirder than what his fans have come to expect—right before reeling it back in. He warns us about it, though: “Just call, I’ll come right back. I guess I’ll try my best, but my mind is in the clouds.” And we’re right there in the clouds with him, floating through his hazy 80s pop fever dream.

After returning to Portland to write his latest EP, Corey Harper came back to Los Angeles with a collection of songs that explore his own artistic identity and struggles. Harper recently released the video for “Entertainment”, a song that questions his place in the musical world he’s chosen as his life’s path. His soulful voice complements the anthemic nature of the track and listeners will be swept up in it. Check out the video for “Entertainment” above! 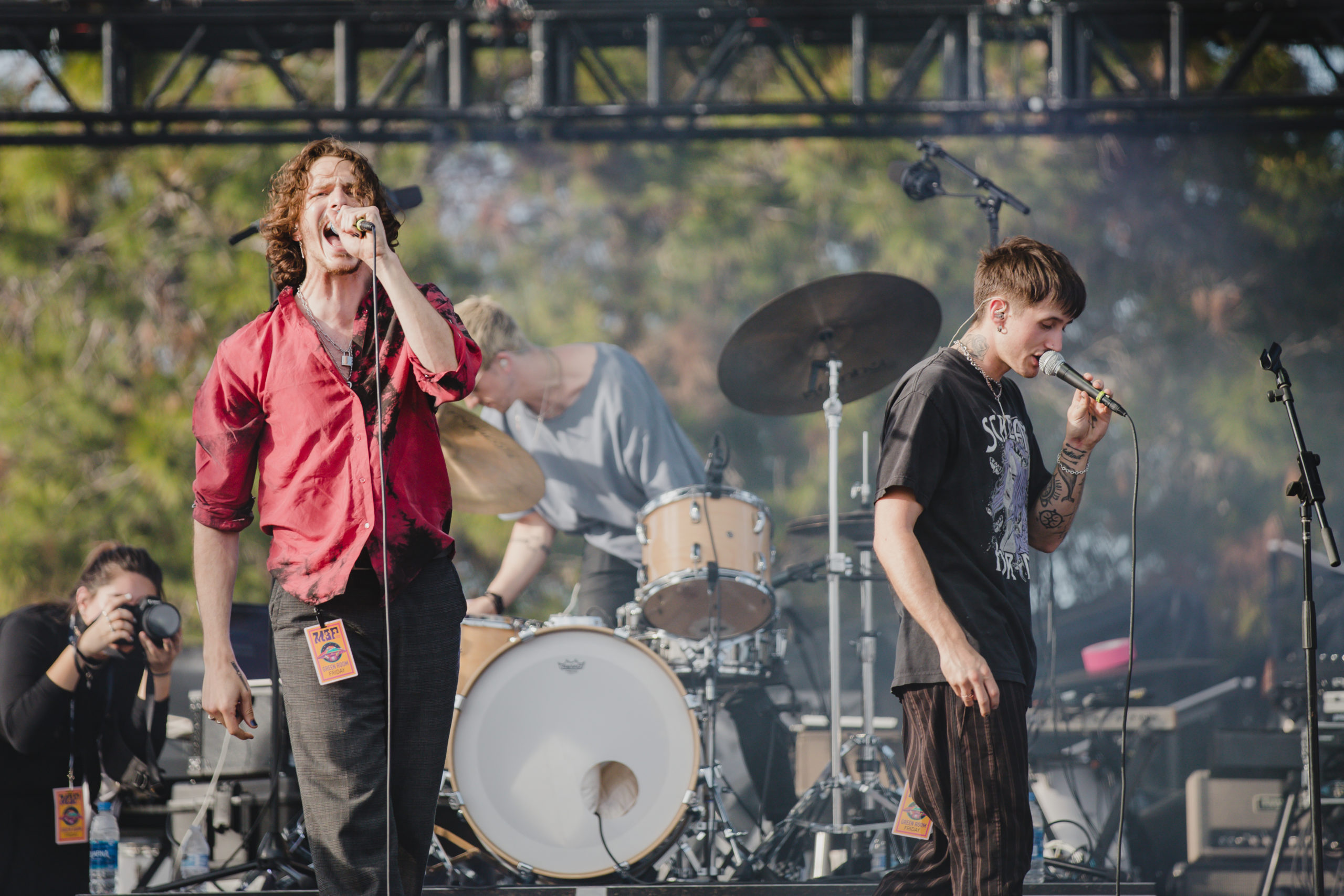 Green Kite Records is having a pretty bad weekend. The Phoenix, AZ, based “record label” was exposed for…