Dan Croll came to Los Angeles via Liverpool three years ago, bringing a change of scenery and some California love into his music. Croll just released a staggering collection earlier this year as the world came to an abrupt halt. His music is honest and straightforward- and it’s exactly what Croll has been aiming at all along. With touring on hold, we spoke with Croll about these new songs, not forcing creativity in these strange times and delving deeper into your favorite artists’ catalogs.

You’ve put out a ton of music this year! Where do you find the energy and the motivation to make that much music?

Oh wow, that’s a good question. To be honest, I think it was the whole move over to America, because that brought about some kind of excitement and some adrenaline and some kind of motivation. A change of scenery, I think. Most of my life I’ve lived in Liverpool. I love that city and I love all my family and friends there, but it’s definitely a slower pace. And I think I’ve just taken everything I could take from it inspiration-wise and so making a big move to a country and a city that I didn’t know anybody in and having to start fresh I think definitely brought me some motivation and excitement.

I think it’s the actual positions I’ve put myself in- not just the city that I situate myself in but also the kind of scenarios within that. Having to make friends again from scratch, having to learn how to do that. I haven’t had to do that since I was a kid in high school- you’ve kind of got that innocence of youth. It’s a weird thing having to start from scratch again and make friends. I was 27 then and it was strange, you know, and the inspiration comes from those scenarios you put yourself in- the environment or the fulfillment, having to find places to live again and going back to subletting coffin-sized rooms that cost way too much in a dodgy part of town and all of that.

So all of these songs have got very specific stories behind them. And each one has that influence and that kind of inspiration from that scenario or predicament.

Is there one track that really stands out in your mind when you’re thinking about this new collection of songs?

I think “Actor” was one that I kind of look at and listen to and laugh to myself a bit because that was so early on in that move. I’d been invited to this party and it was a real awakening to some of the people that I would be dealing with in LA. This city is full of some lovely people but also some terrible people who are desperately chasing this dream of becoming an actor or actress and some serious characters

That song, I can remember having that experience of being like, ‘god, that was the weirdest party I’ve ever been to’. And I can remember getting back to my coffin-sized flat in Koreatown, and writing that song. I was trying to do that with all the songs- I wasn’t waiting for a few days after that experience, I was trying to get home and do it there and then and try to get it whilst it was fresh and while it was in my mind.

Are there any artists that you’re drawing on for like influence, or anything that sticks in your mind when you’re working on new songs?

I’ve got my kind of traditional kind of older influences that will always be with me. People like James Taylor and Joni Mitchell and people like that. In terms of like newer influences, I’d say bands like Whitney, Big Thief, Matthew E. White (who actually produced the album). A whole bunch, really. I do make an effort to keep music coming into my life. I’m quite an active music listener and try to keep on top of it and keep a playlist and stuff. So I think it’s a whole bunch of stuff but I definitely feel like there’s been a California kind of sound or maybe it’s kind of adopted.

Moving from your older music to now, how would you say that it’s evolved sonically and lyrically?

I’d say sonically it’s devolved. Not that it’s gone down in quality, I don’t think. I think the first and especially the second album, it was very much trying to chase this kind of pop dream and commercial success with “From Nowhere” and “Compliment Your Soul”.

They brought me a decent bit of success and they put a roof over my head and they kind of got me some attention. The second album was just trying to kind of live up to the hype and stay relevant and I felt like to do that, I would just put out pop songs and build up these big layered productions and songs and sonic sounds and drench everything in synths and drums and all of this and….it didn’t work. And I realized quickly it didn’t work and it wasn’t the music I’d set out to make when I first started in music.

And so with this album, it was very much a conscious effort to strip it all back and kind of start fresh and so yes, sonically I think it just came right back to basics and lyrically as well. I’d say lyrically it probably went more personal. With these songs, they’re about specific happenings whilst I’ve been here and so I really wanted them to paint that picture and kind of be a bit more obvious.

What are you hoping that the listeners will take away from your music?

I’d like to kind of instill a bit of confidence in people who listen to it. If anyone’s ever felt like they wanted to get out of their hometown or have an adventure or whatever- this album is in chronological order as these events happened so hopefully people can listen along and live the journey with me and hopefully at the end, realize it’s achievable.

Everyone has a different relationship with music, like how they interact with it, or what effect it’s had on their life so far. What does that mean to you and how does that drive your desire to keep creating?

That’s a tough one as well. I think music for me has just been a lifeline. I never dreamed of doing music until I was 18. And I was kind of thrust into it because I had a sporting injury and that canceled that dream very abruptly. And the only thing I could do the smallest amount of was I could play a bit of guitar, so at age 18 I had no choice but to do music and thankfully it’s turned out to be a very fulfilling and enjoyable job.

Music has definitely been a lifeline. I can’t even think of what I’d be doing without it.

You’ve talked a lot about mental health more recently. With the state of the world now, it’s become even more important to have these conversations. How are you staying creative and productive while we’re locked down? Do you have any advice for people who are going through these struggles while we’re stuck in one place?

Yeah, I mean, I haven’t felt creative in the slightest. You’ve got to acknowledge that and not force it. I’ve got a lot of creative friends around me [and] other musicians. So when it first happened and everyone went into lockdown, I had pretty much everyone around me being quite excited about it- being like ‘I’ve got even more time to focus on my music, I’m going to do an album whilst I’m in lockdown’ and all of this stuff. And they have been doing it and they’ve done a great job at it.

But for me, I was the complete opposite. I kind of went very insular and was just like, the last thing I want to do right now is write a song. I’m far too worried about, you know, work and my health. I’ve had to take on extra jobs for the first time in probably 10 years to keep paying rent and stuff like that. So I was very much in a state of panic, just kind of closed off. I think only very recently I’ve started to kind of come out of that a little bit [and] started to feel creative.

What I was trying to say is that’s okay. The worst thing you could do- the worst thing I could do- in that scenario with the start of lockdown is force myself to be creative. I don’t think it does anyone any good. As for others, I’ve always had this Dial Dan line which started with the second album which was kind of like the start of my kind of mental health journey, I guess. It was like a direct line phone that I turned on for a few hours a day for a week every other month [at] different times. Fans could just call me and chat about whatever they wanted to chat about, whatever was on their minds.

We thought this was a perfect moment to open it up again. And so we opened it up probably the second week of lockdown for a couple of weeks and just chatted to people from all over the world who are feeling the same as me or doing better than me. We chatted it out and just had that basic message of don’t force it. There are more important things at play- your health, your family’s health, financial stability and stuff like that. Don’t worry about chasing musical dreams or anything like that just for now. That’s not going anywhere. Just trying to instill some calm.

You go on things like Instagram and Twitter and Facebook and you see these people create these daily videos and stuff like that. I’m like, how do you find the time to do that? I’m back to balancing jobs and just cook and get by through the day and I’m like, how are you creating these videos on the daily?

I think people should probably talk more about what I’ve gone through with a taste of that commercial dream and the pressures of the music industry and stuff like that. There is still very much a dark side to the industry that would probably need to be highlighted.

I think people might hear this album and be like ‘it’s such a change from the second one, he’s dropped all of the electronics and all of that stuff’. I can imagine that people will probably jump to this conclusion of just ‘nah, not for me’. There’s more to it. There are stories beneath it all and I never really wanted that original sound anyway, that wasn’t me. It’s just….delve deeper into the artists that you like and really understand their story. 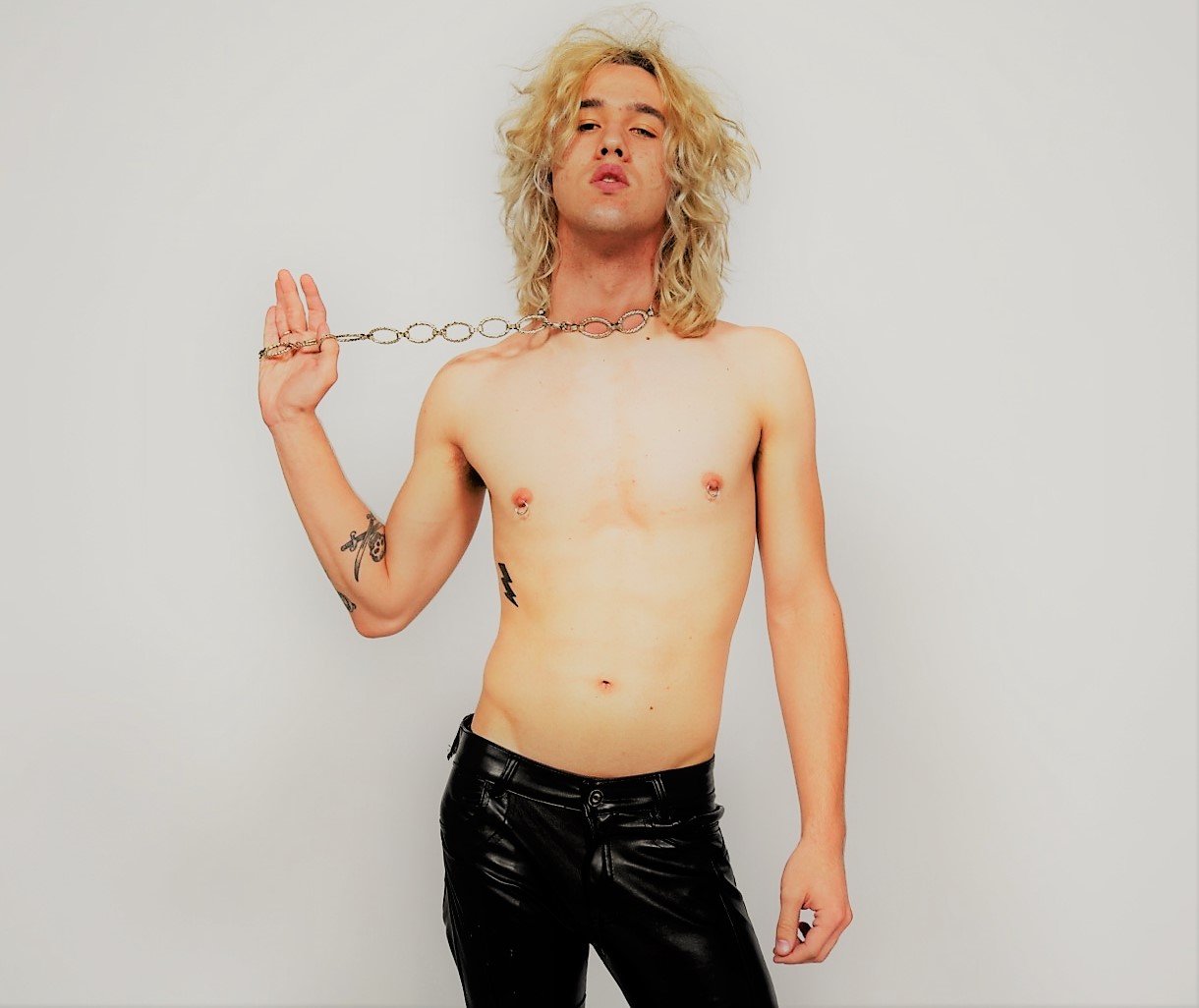 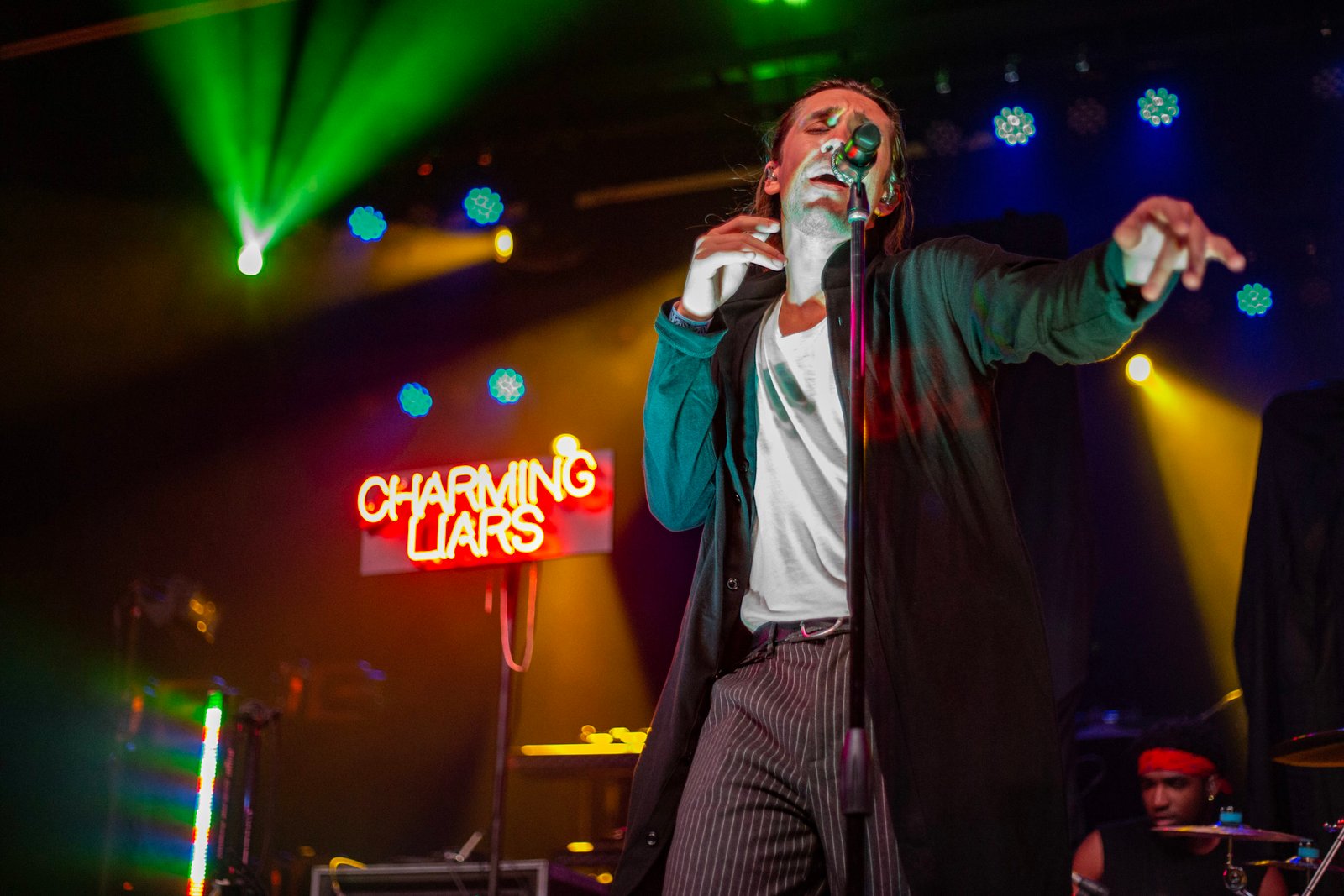 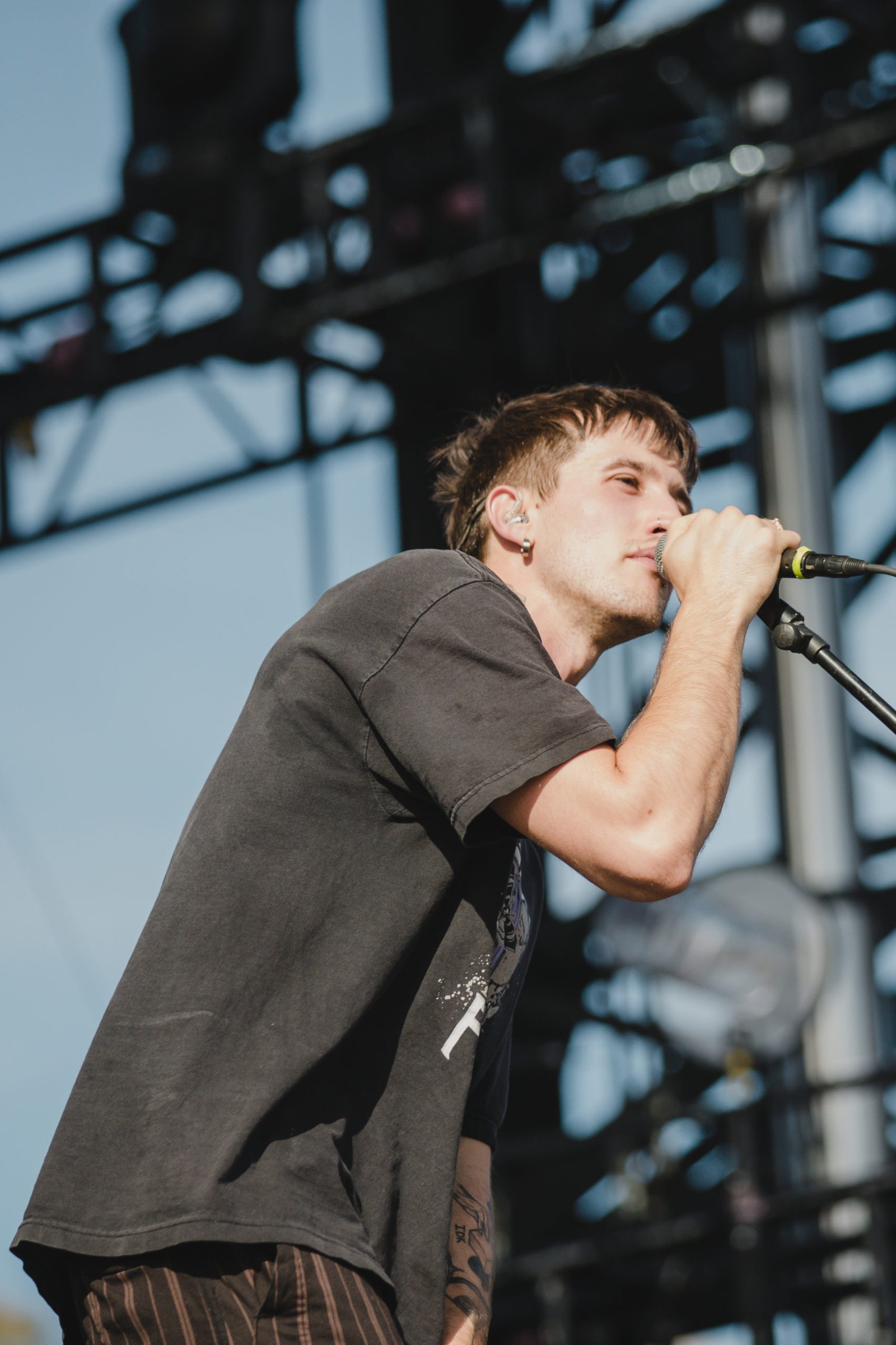