Canadian multi-genre artist August Brodie is already making a huge impact with his smooth voice and unique sound. He only started his journey into music in 2018, but he’s already amassed thousands of Spotify plays and has an MTV music video premiere under his belt- all from word of mouth. Atlas spoke with Brodie about starting in hip hop, meshing his influences into his current sound and working on the front lines during the COVID-19 pandemic.

How did you get started in music and go about finding your sound?

I actually started kind of similarly to how a lot of other people started- making music in my bedroom. I started off rapping because I think that’s the easiest thing to start doing. I was really into Kid Cudi and Drake and Mac Miller and those were my top influences at the time. I started doing like closeted raps where you set up a mic in your room. So I kind of found that it was getting a little bit of traction- not much but people were like…oh I’m actually good at this.

And then it just spiraled from there. I’m from Thunder Bay, Ontario- it’s a smaller city in northern Ontario in Canada. We don’t have much for a music scene. Basically I started with hip hop- I got some love off of Spotify playlists and then I decided I’m not going to really get anywhere staying in Thunder Bay. So I started to do some travelling to Toronto where I started to work with an engineer named Dot- he engineers at 669 Studios and we started going over my sound. We were going from hip hop to R&B.

I think we started in 2018 in January, and that’s when we got the love off of Spotify right away. I took that whole year and released like 12 songs- they were all hip hop/R&B-esque. And then the year after that we started to get a little more R&B and then that’s when we started incorporating the guitar. I felt like that was enough time for me to really grow as an artist, to realize how I wanted to come across. I grew up on 2000s emo and pop punk so basically I started to blend the two until I became my own nostalgic soundscape thing. It definitely started to feel more like me.

It’s great that you’re able to blend these sounds because that’s definitely the next wave of alternative music.

For sure. I feel a lot more comfortable writing lyrics like that as well. I feel like my writing has always been kind of to the pop punk/emo scene so it feels natural to me which is a really nice feeling.

If you had to name your top five influences, who would they be?

Definitely Kid Cudi and Mac Miller. My dad actually grew me up on Elvis Presley. Johnny Cash. And then taking from the [other] side of things, Taking Back Sunday was my emo influence.

What’s the story behind your new song, “Selfish”?

A lot of my music is about relationships or things in relationships. There’s this point where you have to stop living to make someone else happy and start living for yourself. That was the thing I wanted to get across with “Selfish”. You always hear that being selfish is negative and it’s a bad way to be but I think that there’s a point in your relationship- if it’s not going the way you need it to go- that you definitely have to start taking control of it, no matter if it hurts the other person or not. I think that was what I was going for.

I write a lot of my stuff about past relationships that I had so I think this one really stems from it- always being that person that cares and having to not care at some point so that’s where I got “Selfish” from.

Especially chasing a dream or something like that- it’s hard for people. They get so complacent and they just drop everything for someone or something. At some point, I think you have to be selfish and chase that dream in order to achieve it.

What do you hope that listeners take away from your music?

I want to find the people that need this music. I hope it finds people just like you mentioned that can relate to and that you can take away from. I know growing up when I was younger, music was a very big part of- and still is- and kind of shaped me into who I am. I would take things from songs, learn lessons and be like ‘oh, I dealt with that or I did that and I can relate to this’. I definitely want to relate with listeners and fans everywhere and hopefully give them some insight and some hope.

How have you been staying creative and productive in quarantine?

I started getting into guitar because there’s nothing to do and I can’t travel to Toronto. I had to start making the music in my room again which is kind of hilarious but I think we got it down now so that’s good.

I started taking singing lessons. The thing about me and it’s funny, is that I have no music background. In 2018 when I started, I just kind of told myself I’m going to sing- and then I started singing. I’ve never had lessons, I’ve never had guitar, I don’t have parents in the music business so it’s all been off of pure rush and drive to do it. I took this time to really work on myself and learn guitar which has been super fun. I actually wrote “Selfish” on guitar. Also, [teaching] myself to sing and just getting better at my craft, getting ready for when things open up to go do big things.

Do you hope to head out on tour in the future? Who would you love to be on the road with?

I would love to go on tour. That would be awesome. What I’ve been doing is stacking songs for an actual project and I’ll be going to Toronto to record that as soon as this is all done and I can’t wait.

Are we just talking dream bands to tour with? The Used, Taking Back Sunday, I really like My Chemical Romance- all those emo bands I think would be a sick setup.

Everyone in music has a different relationship with it. How has music affected your life and how has that driven your desire to create it?

Growing up, I wasn’t the best type of person. I was in a relationship where I wasn’t myself- I had just gone through some trauma and some heartache. I think music really saved me in the regards of getting out [and] getting to know myself when you write stuff down and you write lyrics and start realizing how far you’ve come and how bad you were and how different you are now. I think it definitely saved me in that regard. Music saved my life.

So I work on the front lines. I’m a paramedic- I don’t do music full time. I’ve been working a full time job as a paramedic in Thunder Bay to try and further my career and investing every dollar I have into it. I definitely think some people overlook that because of how hard it is to do that and to balance life and work and your passion. It’s definitely hard but it’s definitely doable so I think people should know that.

Interview has been lightly edited for clarity. 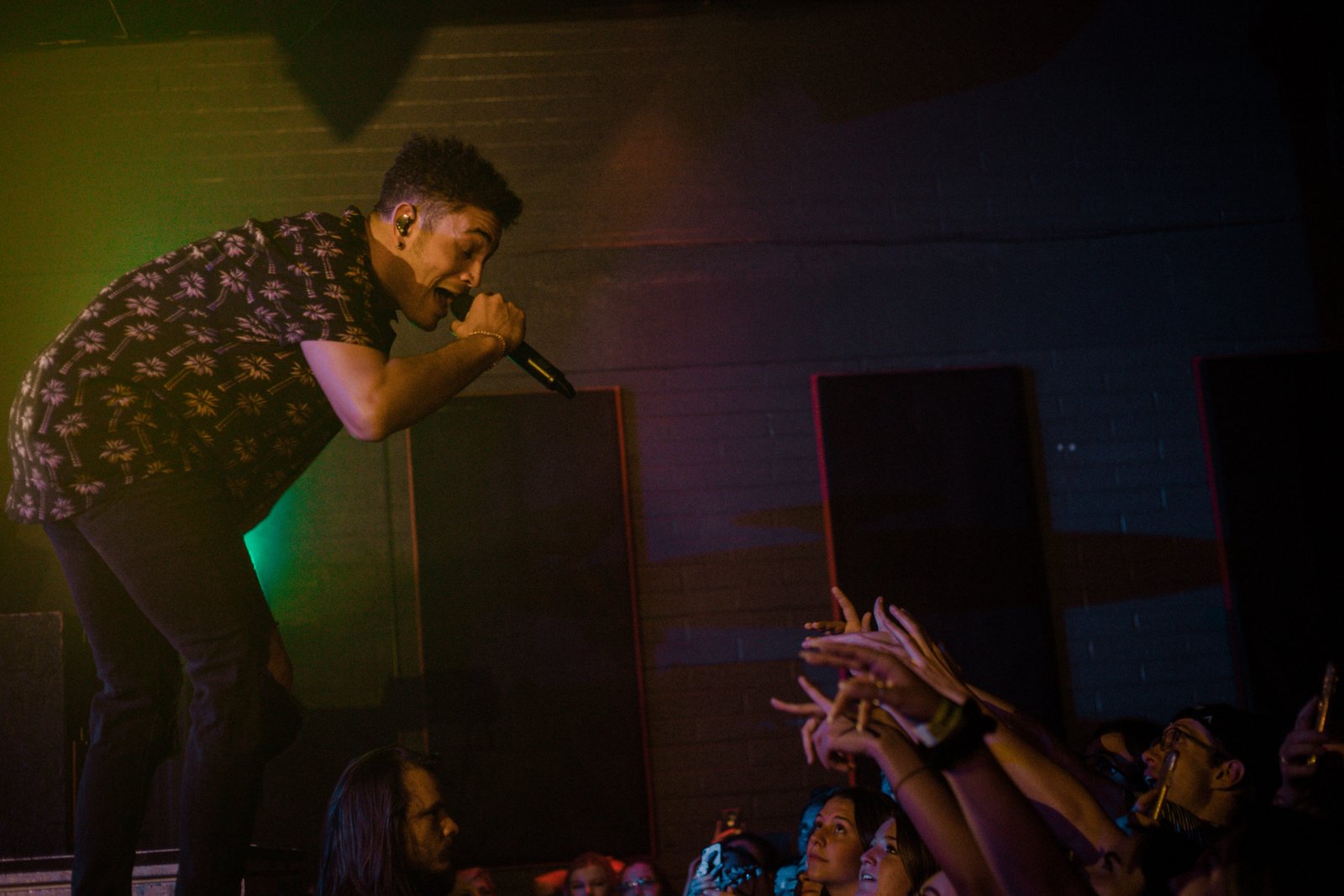 Bryce Vine is bringing his brand of upbeat hip hop to stages across the world. After touring with… 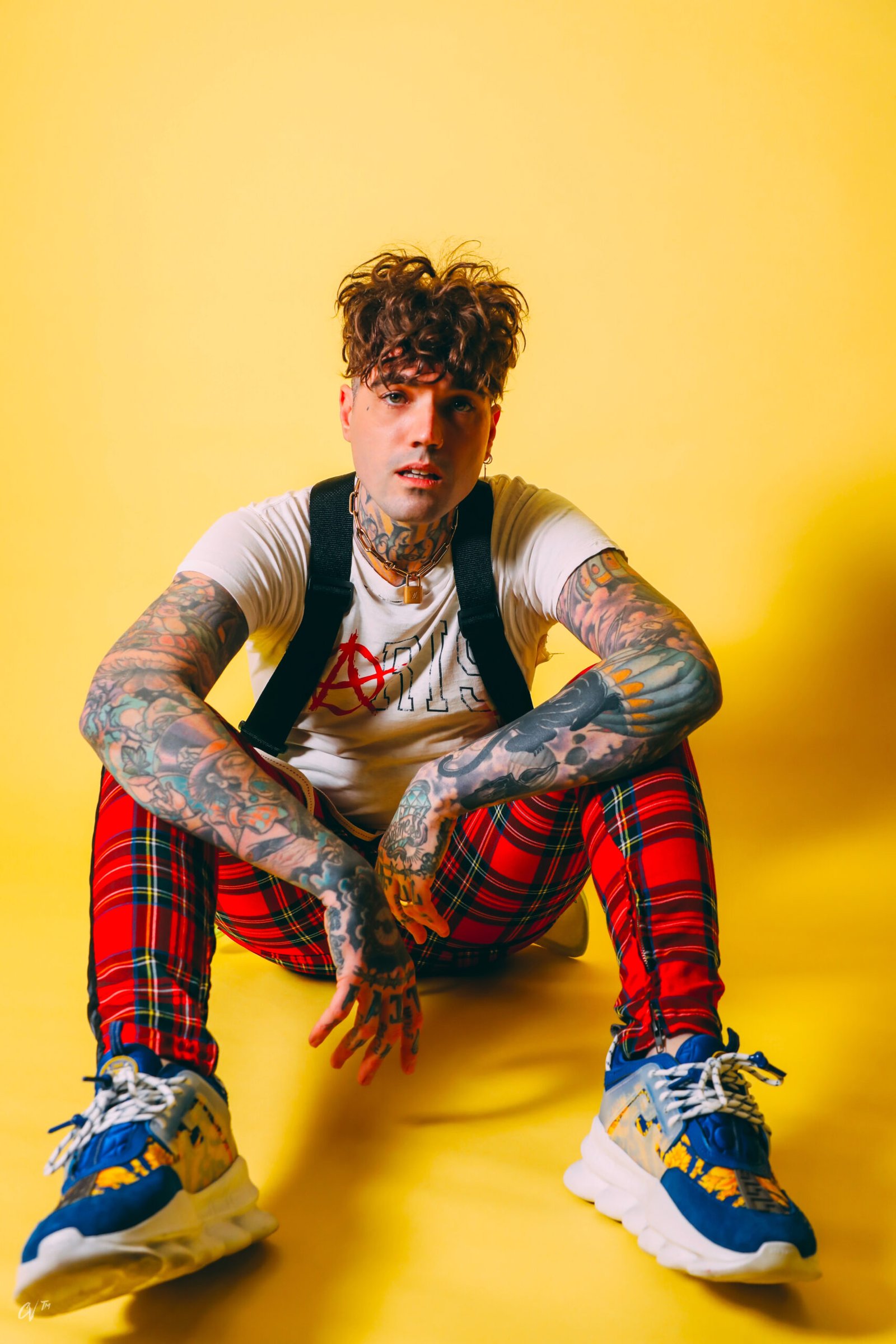 Los Angeles has another rising star and his name is Rouxx. This emerging alt-pop singer was brought to…