Ian Johnson, the mastermind behind alt-rock project Arrested Youth, loves his fans so much that he created an entire EP co-written by them. Over the last two months as the world has come to a halt, Johnson hosted songwriting sessions via Instagram where supporters of his project collaborated on music and lyrics for the first ever fan-made EP, Arrested Youth and the Quarantiners. The EP is honest and relatable, with songs that will speak to fans of all ages in a profound way.

Johnson and his fans found their sound together, all while letting even more people know that they are heard and welcome to join the movement. 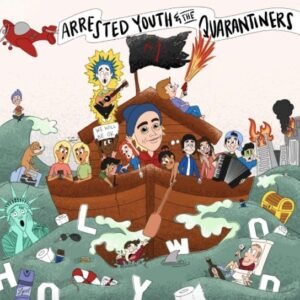 Atlas spoke with Johnson about the process that went into creating this new EP and what it means for the future of Arrested Youth. It was a very personal endeavor for him, as he took this time to hone his producing skills with the help of friend and collaborator Kevin “Thrasher” Gruft.

For me, probably my big learning point was continuing to develop as a producer and collaborate with my co-producer Thrasher. We’ve had so much fun working on this. I’ve actually never even met him! We FaceTime every day on all kinds of stuff because now we’re working on all types of songs. It’s funny- because of COVID, we haven’t met in person.

This project was a great next step to keep building what my sound is. A lot of what you hear sonically on this is where I went. That’s not the only place I’m gonna go as a producer, but this is where I chose to go. All the sounds that you hear are very much so directed by me. I think that’s been a great part to really learn what I like as a producer [and] what I like my sound- at least for now- to be. It’s just got a warmer, little rougher around the edges type of sound to this EP than something I’d do with John [Feldmann]. It reminds me more sonically of, in a weird way, it’s obviously very different than Fear but it’s got that same warm, home studio vibe. And then Thrasher came in and did a great job giving it a little bit of shine so it still pops and feels good and has a great mix on it.

The five tracks of this Quaratiners record are definitely warm and bouncy- even if their lyrics are a little darker. These songs tackle topics that the writers are facing in their own lives like anxiety and uncertainty. With Johnson’s direction, however, the EP turns towards hope and finding ways to take control when everything seems thrown into confusion. He waxed poetic about the fan collaboration aspect on everything from words to the project’s first music video for “Jumping Ship”.

I just feel very honored as an artist to have this type of album out. I’m at this point where I wonder why we do what we do as artists- like what we’re searching for as artists. Maybe it’s the quarantine- I’m in this weird existential place right now. But I guess I’ve always felt this way about the entertainment industry, like is it all just to entertain? What is this big game we’re playing? More and more I just feel like it’s this big game and some days I’m like ‘do I really want to play this big game?’ I love making music, but do I really want to play this big game?

This project means to me….it goes against that game. It says that Arrested Youth is something very real and truly involves people who care and want to be a part of it and it’s helped them create and move on in their life in tough times. It’s a reminder to me that doing work in music can be very real and can genuinely impact other people- not just listening to it and enjoying it- but helping them develop in their lives.

And I think that’s the biggest thing that I’ve heard. There was a call with a lot of people that worked on the project and that’s what a lot of these people were saying, like ‘this is a huge part of my life right now. I took so much pride in making this, being a part of it. It gave me confidence to go out and create and do things on my own.’ And that’s what it is- it’s a reminder to me that being a music artist doesn’t have to be….what I’m looking for in it isn’t this big self-serving, ‘look at how popular my music is, look at how much hype is behind it, look at how big of an artist I am’. All that stuff is cool but there’s another element to it too and that’s what this focuses on. It’s the very real element of these are other people and lives that can truly be changed through the work I’m doing.

In true AY fashion, the EP has Johnson’s signature cheeky attitude. “Corone” even pokes a little fun at the state of the world, reminding everyone listening to find a way to smile even in strange times. The fans took these vibes and ran with them and everyone’s voices are clearly heard- something Johnson was very serious about when the album went out for release.

We were able to honor everyone who worked on it. Everyone’s on the songwriting credits- if you go onto Spotify and you click on Credits, everyone who helped write the songs, all their names are on there. I’ve even had a few parents reach out and say ‘it’s crazy that my kid has shown me that their name is on the songwriting credits for these songs on Spotify’. A couple of them are aspiring musicians and have been wanting to write music so can you imagine that? It’s probably such a special moment. I can only imagine being a fan of an artist and getting your writing credits on one of the songs. That’s just really special to me so that’s another really cool element of it- to really follow through and make sure that kids were actually honored for the work that they did on it and the lyrics that they wrote which was important to me as well.

At the end of the day, Arrested Youth and the Quarantiners is a true passion project- corny gimmicks not included. Johnson spoke to the reality behind making the tracks, also noting that all proceeds will go to a charity of the fans’ choosing.

It was created very rawly and organically- there’s no fluff in this. You see all these songs come out [and] it’s branded as this genuine thing to the artist and so rarely do people realize how much- for lack of a better word- manufacturing is going on. It’s like, there’s so many people that worked on it, there’s so much manipulation to it, the marketing… We’re selling a product here, let’s be honest. Let’s not fool anyone with anything- everything in music is a product, but what I love about this album is I think it’s the furthest thing from selling a product in music. Everything is so genuine- the writing, how it came together, the creative process. No one’s taking a dollar off it. I’m not taking a dollar off it- everything’s going to a fund where we’re going to choose together where we want to donate the funds.

No marketing went into it. We shot every music video in the neighborhood- Jared [Rezak] and I. To me, it was a really refreshing experience of ‘I’m not here to sell anything, I’m just here to create something with people who care about the music’. I think that’s why I enjoyed the process so much because that’s what the feeling consistently was from start to finish.

We’re doing these behind the scenes videos that are really dope. I walk through how we wrote it and how I produced it. We have a lot of footage stocked up from the sessions so I think it will give people a look into ‘here’s how this was genuinely made’. I’m really excited to show that this is how it was, this is how simple it is.

Arrested Youth is far from finished putting out music for the year, as Johnson has announced Sobville Episode II, and a full length album this fall. Stay tuned for much more coming from Arrested Youth in 2020 and stream the new EP now! 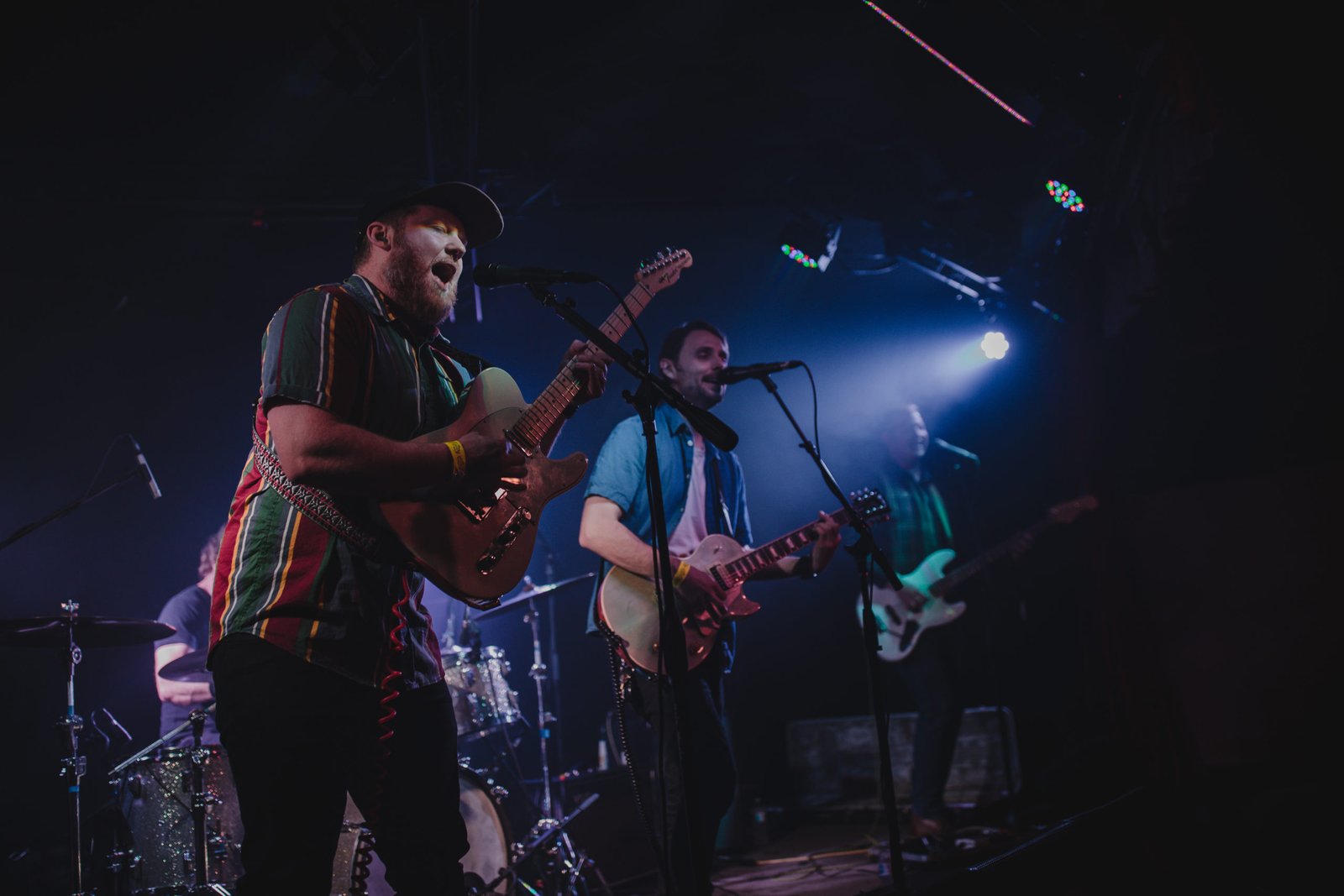