“I fucking love this room!” was Matt Johnson’s repeated sentiment to a wildly excited Marquee Theatre on Saturday. Matt and Kim took over the Tempe space to celebrate 10 years of their breakthrough album Grand, and to prove that they’re here for a good time and a long time.

San Diego punk trio Beach Goons opened this anniversary show and it quickly became clear that this band drew a solid portion of the night’s attendance. Adding Beach Goons to any lineup just sweetens the show and Saturday was no exception. Bassist David Orozco and drummer Chris Moran cracked jokes between songs while typically reserved frontman Pablo Cervantez provided the energy during the songs.

Beach Goons played plenty of material in English and Spanish, getting the crowd hyped up in both languages. Songs like “Vatos Tristes” and “A.M.” started the dancing, as the group encouraged their audience to mosh along as well. At the previous evening’s show, Orozco was cajoled into removing most of his clothing and the Arizona crowd wanted a repeat performance- something that didn’t take much convincing. The entire set was lighthearted and funny- perfectly complementing the band’s musical vibe. Sadly, Cervantez broke a string on his guitar, bringing an unexpected end to their set, but the crowd cheered plenty loudly as they exited the stage.

The buzz in the room reached a fever pitch for Matt and Kim’s entrance. The duo in both music and life took the stage accompanied by pulsing hip hop beats and plenty of flashing lights and the audience absolutely lost it. They kicked things off with smash single “Daylight”, jumping right into the full album performance of Grand. Clocking in at just under half an hour, the band augmented the tracks with stories, mash-ups of popular songs and tons of hilarious banter. Johnson even broke out the PowerPoint of photos from the days of recording Grand in Vermont, with Kim Schifino interjecting jokes and innuendo at her partner.

The best part of every Matt and Kim show is the “wall of love dance orgy” to replace a wall of death. For this concert, said wall happened during new song “Go Go” as attendees threw up their hands and danced like no one was watching. Marquee was all smiles and breathless singing for the entire show- it’s impossible to experience anything short of total happiness at a show like theirs. The duo closed the main set with “It’s Alright” before coming back to a floor-stomping, room-shaking encore of “Let’s Go”. Fans piled out of the venue covered in sweat and confetti, riding the high of another incredible performance by Matt and Kim. 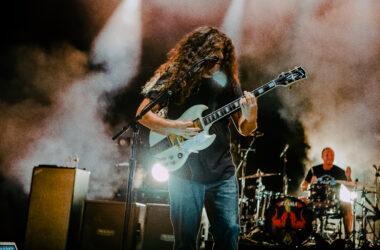 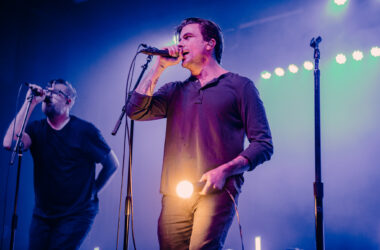 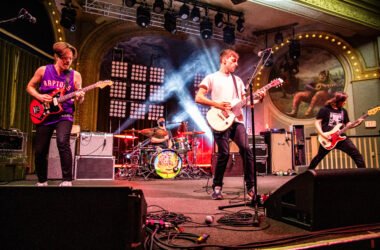 Last week, Portlanders were recovering from the latest date that snow has been recorded in city history. A…