The Atlas favorite is close to wrapping up The End of the Beginning Tour that’s promoting his a modern tragedy EP trilogy. Labelmates and friends nothing,nowhere joined him for the run, creating a dark electro-influenced and rap-leaning rock show that pulses with energy.

Nothing,nowhere frontman Joe Mulherin stayed low key, introducing himself every few songs: “I’m nothing,nowhere and this is nothing,nowhere” but otherwise singing and rapping though the set without interruption. The green and red lights added an eerie effect of danger or toxicity, prepping the crowd for grandson’s blinding visuals.

The backdrop screens flashed with political video footage, modern headlines, and the faces of public figures with X’d out eyes throughout grandson’s set as he sang and jumped around the stage and into the crowd. Likewise, the crowd of “grandkids” bounced and moshed, but respectfully. Grandson lectured everyone at the beginning about consent and being conscious of your surroundings while at a show. “I can’t believe we still have to say this shit in 2019,” he mused.

As at any grandson show, there was plenty that was said and plenty to see. Atlas caught our second date of this tour Saturday night at Tempe’s Marquee Theatre.

Check out our photos from the show below!
Story and photos by Taylor Gilliam 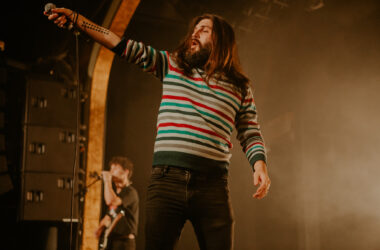 Finding new sounds under the umbrella of pop-rock is a tall order, but one that California group Weathers… 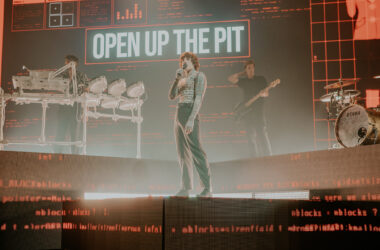