Loosen up those buttons, folks, it’s time to slide around. At least that’s what New York City’s latest up and coming indie rock band wants you to try for a bit. The rest is up to you.

And at Baby’s All Right on Sunday, Loose Buttons followed suit. The band danced around the Brooklyn stage as they rattled off tracks from their 2017 debut EP, Sundays, and showed us a splash of things to come. Recorded live in a rented Queens storage unit following lead singer Eric Nitzgretsky’s breakup, the EP takes us through the stages of a relationship ending. It’s a talented EP, layered with catchy riffs and a balance between emotions.

Nitzgretsky and lead guitarist Zack Kantor met in middle school and “the rest is history,” says Nitzgretsky. The band pieced together to form a stellar four-piece collective, adding Adam Holtzberg on drums and Manny Silverstein on bass as the members progressed into college. As their time at the universities drew to a close, they all found their way back to the Big Apple where their music has really started to take shape. For fans excited about their current songs, they’ll love where the band is heading.
Check out photos from the show!
Story and photos by Blake Benard 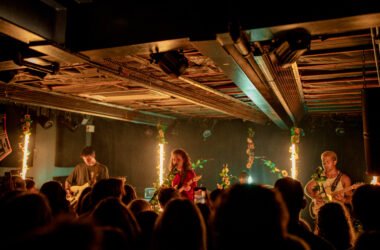 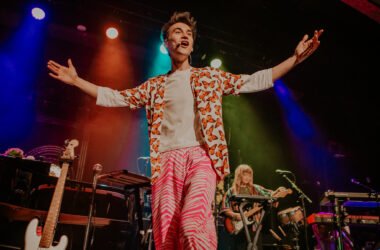 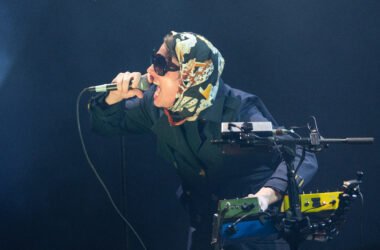