Downtown Phoenix was overrun with fans decked out in pink and black (safety pins included) as one of today’s most outrageous performers, Yungblud, took over Crescent Ballroom on Friday. The British sensation packed the venue with a sold out crowd of highly excitable teens for a show unlike any other.

SAINT PHNX was the sole opener of the evening, their Scottish accents and arena sound elevating the energy to a higher level. While the band only has a handful of songs released, they made sure to play them all. Plenty of fans already knew the words and were more than happy to scream songs like “King” and “Shake” back at Stevie and Alan Jukes.

Stevie is the quintessential frontman, swaggering across the Crescent stage in his leather jacket and crawlers. Meanwhile, his brother Alan threw his body into the drums, playing the entire set on his feet for maximum effect. Yungblud’s potentially risky decision in bringing a relatively unknown Scottish group on his headlining US tour paid off in spades. SAINT PHNX could be headlining in their own right- you only need to hear “Nunchuk” and “Death of Me” to understand the band’s limitless potential.

Dominic Harrison was just as eager as his impatient fans to start the show, bursting from the green room in a cheeky black dress to kick things off with “21st Century Liability”. The fans shrieked their approval for “I Love You, Will You Marry Me” as Yungblud grinned maniacally, bounding across the stage.

“This one’s for Donald fucking Trump!” he shouted to introduce “King Charles”, before continuing the set with the pulsing “Psychotic Kids”.

Without physically being in the room (or at the center of the mosh pit), it would be difficult to imagine the vibe of a Yungblud show. Harrison is entirely unhinged and wild in his live shows, giving his entire voice and body to the fans. He sassily flashed his black briefs to the shock and euphoric delight of the front row and made sure to plant a sloppy kiss on guitarist Adam Warrington midset.

A short interlude preceded new single “Loner”, one of Yungblud’s most relatable songs to date. The crowd never wavered, singing every word at incomprehensible decibels. Yungblud was visibly awed by the size of the crowd and took every opportunity to be close to his audience.

He slowed things down only momentarily for “Kill Somebody” and then blew the roof off the place for “Parents” (while the plethora of parents on the bleachers looked on in mild confusion at the spectacle they were witnessing). Pride flags were tossed, along with notes and memorabilia- Yungblud accepted them all with his typical sauciness.

The set came to a close much too soon for the fans’ liking, so naturally the band returned for a three-song encore of “Die for the Hype”, “Machine Gun” and the debut live performance of his recent collab with Machine Gun Kelly, “I Think I’m Okay”.

There will never be proper words for a Yungblud show. Suffice to say, the experience is worth the absolute madness that overcomes any venue graced by Harrison’s presence. The audience swarmed him after the show and it’s clear that Yungblud mania is our latest (smaller scale) British invasion. 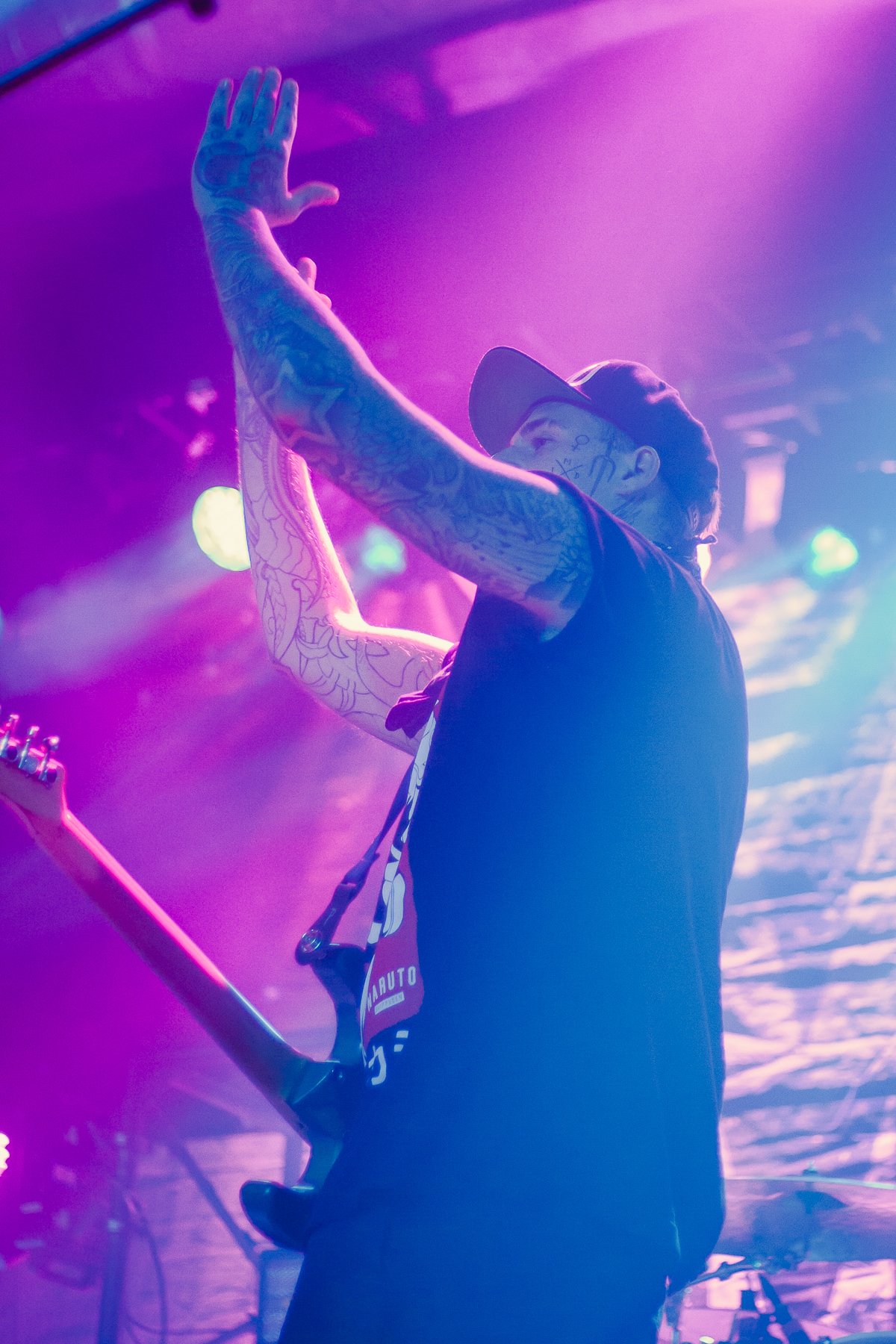 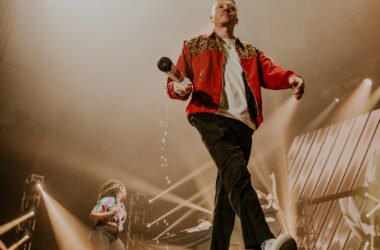 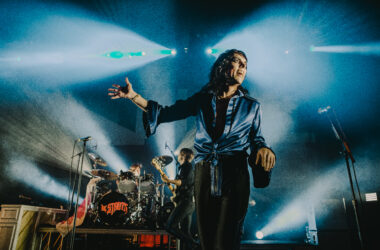