There are a few things you have to know about The Revivalists. First, you need to know that there are eight of them. There are so many that you’ll never be able to see them in a small venue, and you might think they’re two bands—complete with two drummers, two guitarists, and bonus instruments—disguised as one. Second, you need to know that they’re from New Orleans. Listen closely, and you can hear the distinct influences of the city. And finally, know that when you see them live, you’re going to have a great time.

Now supporting November’s Take Good Care, The Revivalists are bringing their soulful rock out on the road drawing a full spectrum of people from obvious fans to people 60+ looking to shake up their normal routines. They’ve also brought Nashville native rayLand Baxter along for the ride to round out the bill and set the mood for a night of easygoing, folk-y alt rock that stopped by Tempe’s Marquee Theatre on Friday night.

The listed showtime of eight o’clock came and went, but the drinks were flowing so freely that few people even noticed. Then, a lone musician walked onto the stage to an uproarious cheer, and he gave a sheepish smile. “I usually play with a band,” Rayland Baxter explained to the crowd, “But my drummer quit this morning.” The crowd did not hold back their disapproval (of the drummer, not of Baxter) and his smile turned more relaxed. He then informed us he’d be flying solo because he gave the rest of his band the day off.

It wasn’t the most ideal first impression, and the technical difficulties certainly didn’t help. The poor guy was having a day. But he had the crowd’s attention and our sympathy, and the openness helped him settle into his set.

He’s also supporting an album from last year, Wide Awake, a record that blends Beatles-influenced melodies with his thoughts on this “Strange American Dream.” Written in an old rubber factory in rural Kentucky, the album is a social commentary from an isolated viewpoint, and translated live, the lyricism shines. Baxter’s set may have been cut short, but he left attendees curious.

After all, that crowd wasn’t the type to show up for openers. People were still pouring in as The Revivalists took the stage with “Oh No” and immediately had everyone dancing. What they weren’t expecting, though, was that every song of the setlist would be a lengthier version of the recorded track so all the band members could have a chance to shine. The instrumentals were where you could really get a taste of the zydeco that makes the group’s home base so colorful musically.

The high energy radiated outward all night long while lead vocalist David Shaw was all over the stage, in the photo pit, and on the side stage speaker boxes. (Seriously, more than once I wondered, Where IS he?). The crowd went wild for recent singles “All My Friends,” “Change,” and “You and I,” especially when Shaw encouraged everyone to sing along. After the smash success of “Wish I Knew You,” it’s easy to forget The Revivalists have had a fair amount of radio airplay, but plenty of voices sang back.

Fourteen songs in, the band took their first break and promptly returned for a triumphant three-song encore of “Soulfight,” “Miss You” by the Rolling Stones, and the hit that started it all. Arms and cellphones waved in the air for “Wish I Knew You,” and a rainbow of lights filled the room.

In a world of constant preaching and falsified positivity, The Revivalists keep it simple. They bring the music, plenty of it, and ‘Take Good Care’ to make sure you’ll have as much fun as you would on Bourbon Street. It’s easy, and it’s refreshing. What better way to spend a Friday night? According to Jack Black, it’s been over 15 years since Tenacious D visited Arizona. Judging from the size… 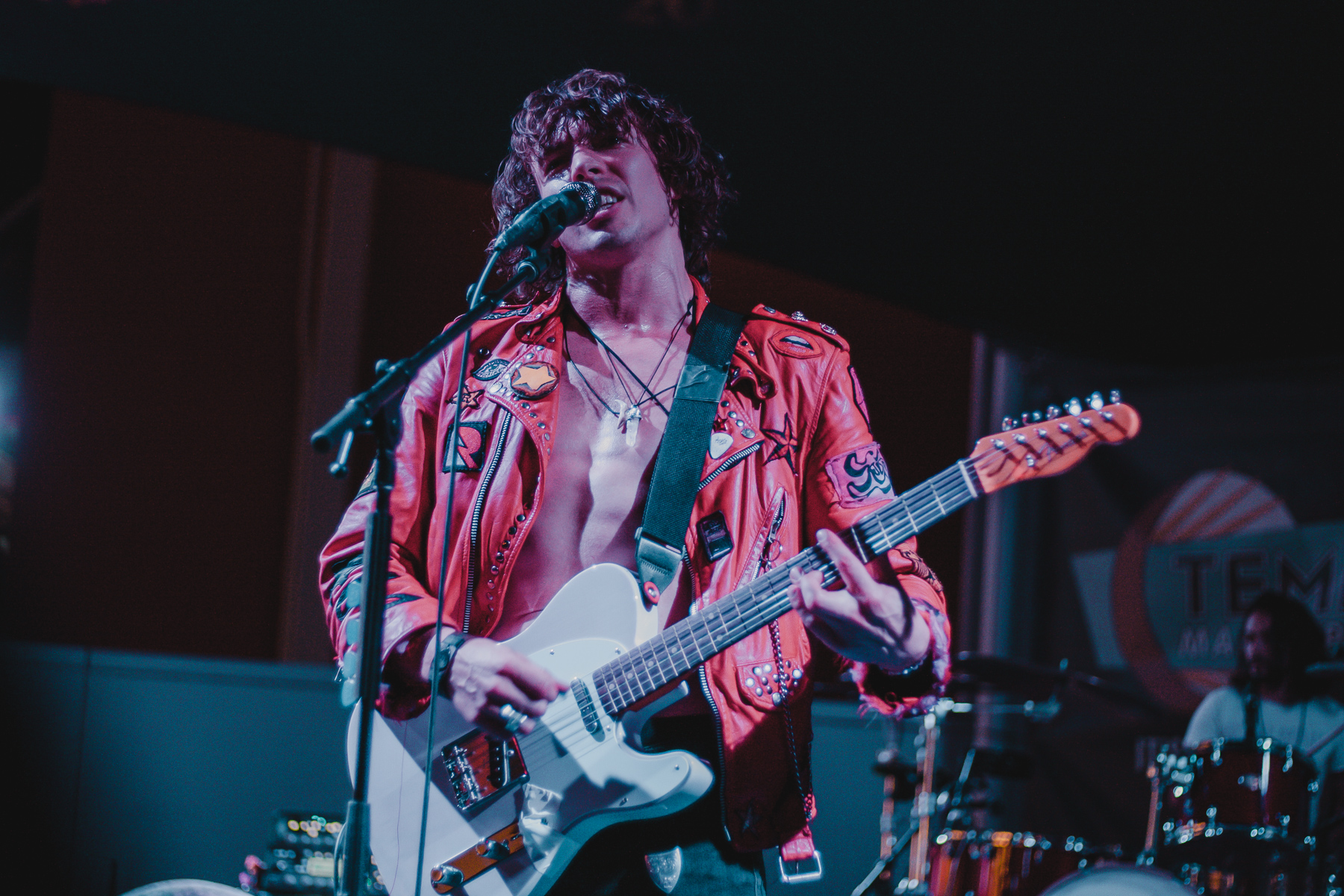 He hasn’t been on the scene for long, but Barns Courtney knows how to perform. The up-and-coming rockstar…