The crowd erupted into a chorus of boos, and Max Collins looked completely stricken before cracking a smile.

“For not being funny guys, that was really funny,” he laughed.

Collins, frontman of L.A. synth duo Fitness, was referring to the prank KONGOS pulled on them before the show when the crowd was encouraged to “boo” after the opener’s first song. It was a hometown show for KONGOS, so we were more or less obligated to do what they asked.

This showed a kinship between the artists that clearly developed over the course of The 1929 Tour via pranks, jokes and social media stunts. KONGOS comprises four brothers, but the whole tour crew was a family by the time they stopped in Phoenix, one date before the end of the road. And the sold out crowd was in on the fun.

After that brief moment of stunned silence, Fitness resumed their set that was all matters of self-indulgent weird. Collins strutted around the stage—especially when he saw a camera on him—while guitarist Kenny Carkeet acted as hype man encouraging Collins and eliciting cheers. The duo are all about having fun, especially now that they’ve embarked on their own project (Collins led Eve 6, and Carkeet is a former member of AWOLNATION). They’re self-described as bucking the world full of homogenized, patron-friendly music and avoid the rules as much as possible.

Even their name departs from tradition by being obscenely Internet search unfriendly. As Collins explained, “‘Fitness band’ gets you Fitbits. ‘Fitness music’ gets you aerobics.” Finally, the URL and social media usernames were registered: fitnesswastaken. Meta and tongue-in-cheek, which fit the duo’s aesthetic just as well as their merch that reads, “Fitness Is A Band.”

Fitness opened for Big Data at Valley Bar last year, but this stop was far more conducive to sound. Almost all of last year’s Karate made it into the setlist, but closer “Cold Rain” was the obvious highlight and what sealed the deal for many KONGOS fans who had been wondering what the hell was going on.

Once Fitness left the stage, the crowd’s priority quickly switched to alcohol so they could continue the party that clearly started during dinner or the VIP meet and greet, depending on the person. They were ready to sing and dance and cheer for their hometown heroes.

And cheer they did. It may only be February, but 2019 is already a huge year for KONGOS. 1929 Part I is out, they’re selling out shows, and they just released a video series called Bus Call documenting life on the road. They threw some shade at their old record label and proudly announced they’re done with it and are planning to release the other two parts of 1929 soon. All in all, it was a triumphant return to the Crescent Ballroom stage.

The Kongos brothers, sons of British singer-songwriter John Kongos, grew up in London and South Africa but moved to Phoenix before high school and then attended ASU. They all write and they all sing, so the end result was a deafening blend of all their instruments: Johnny’s accordion and keyboards, Jesse’s drums, Daniel’s guitar, and Dylan’s bass. They hardly paused from song to song, a setlist that lifted mostly from 2016’s Egomaniac and 1929 Pt. I. Anthems like “Take It From Me” and the breakout single “Come With Me Now” were expected but welcomed, and there were even some surprises.

As if the stage wasn’t already packed, the Fitness guys joined the Kongos brothers for a mashup that featured Kenny Carkeet rapping over the melody while the crowd went wild. Everyone was all smiles, especially when KONGOS transitioned to a rowdy cover of “Eleanor Rigby” that they reprised for the encore—that’s how much fun they were having.

KONGOS threw it back to 2014 for their final song, “I’m Only Joking,” and the mostly middle aged crowd cheering might have been louder than the band (at least, those who didn’t leave after the main set like suckers). We were treated to a raucous, high-energy hurrah that promises much more to come from these Valley brothers. And if anything is a guarantee, it’s that Phoenix will show up to celebrate them. 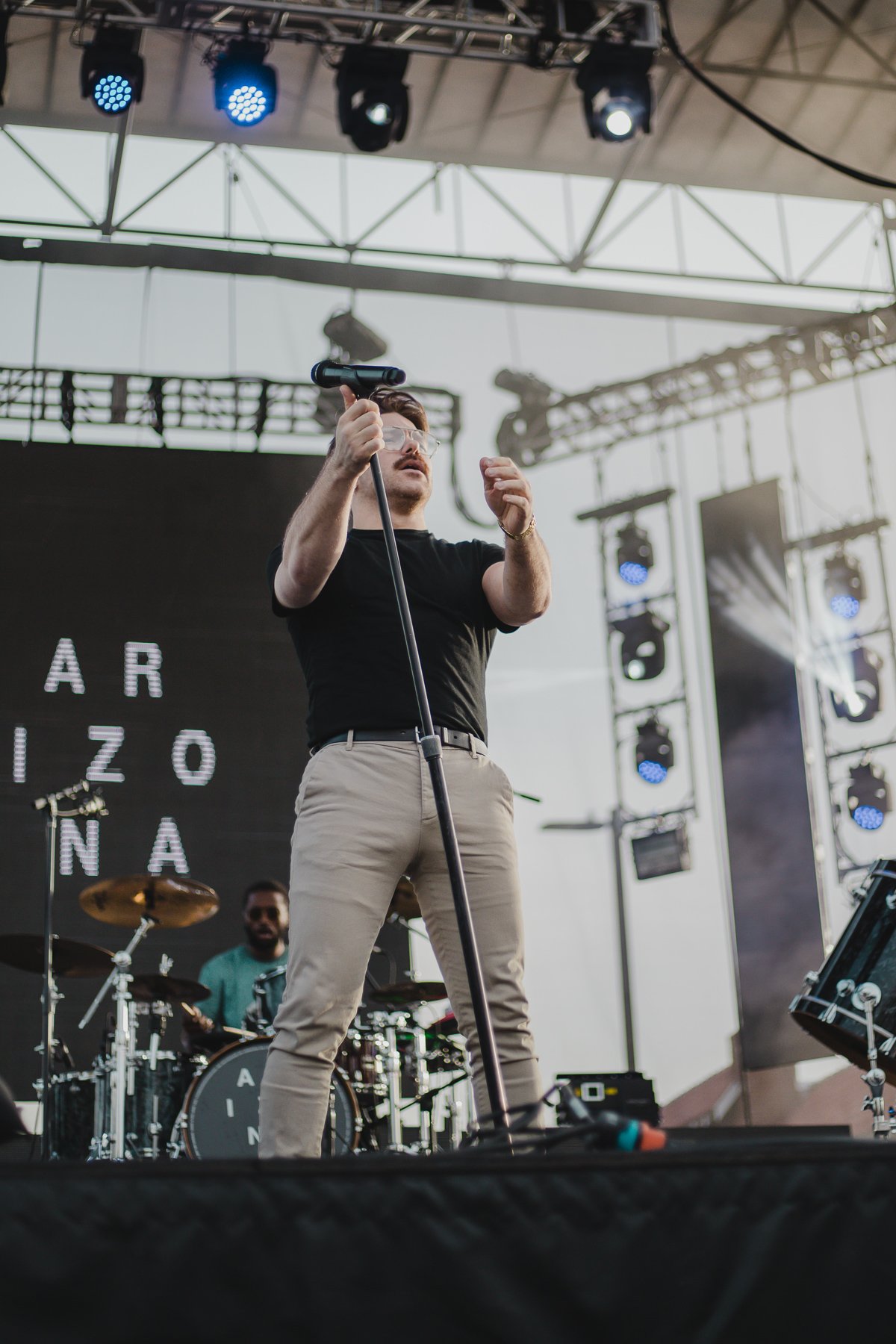 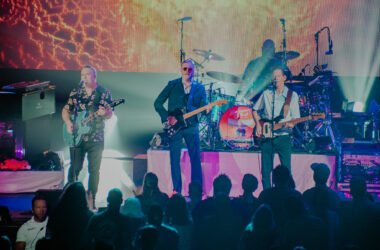 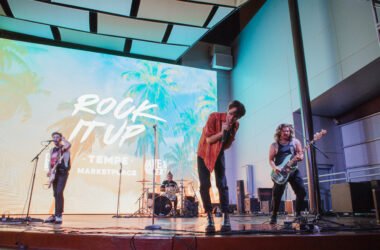 With the mercifully cooling temperatures comes the return of Alt AZ’s Rock It Up! concert series, bringing a whole…