Breakout rock group Nothing More sold out the first stop of their Truth Tour on Thursday, bringing Of Mice and Men, Badflower and Palisades along for the ride.

Palisades opened the lineup to an already packed crowd, many of whom were clearly there for the whole package. Even the smaller stage setup couldn’t contain the New Jersey quartet. Singer Lou Miceli paced the length of The Van Buren’s stage as the front row stretched out to touch him. A good portion of the audience sang along, banging their heads and starting the night with an energy level not often seen for opening bands. Palisades only had a short time onstage to begin the evening, but they left their mark on the fans.

Up and coming band Badflower took the second slot of the evening. While they initially seemed like the odd name out on the tour flyer, the group clearly owned the stage. The crowd sang the words back with increasing volume, sometimes drowning out singer Josh Katz. Even without a full length album released before this show, Badflower have cut their teeth well over their last few yours, proving that they’ll be headlining venues like The Van Buren someday.

As this tour kickoff was also the eve of Badflower’s album release, the band previewed new songs like “Die” and “Heroin”. For a band that looks like they should be making much lighter music, they drifted with ease into harder breakdowns. Katz growled and wailed, while guitarist Joey Morrow, bassist Alex Espiritu and drummer Anthony Sonetti kept the instrumentation tight. The fans were completely enamored with Badflower and kept cheering after they left the stage.

Metalcore group Of Mice and Men provided direct support for the tour. With the departure of original singer Austin Carlile in 2016, lead vocals have been manned by Aaron Pauley and the band has continued on. Pauley, along with guitarists Alan Ashby and Phil Manansala and drummer Tino Arteaga kept the energy up and the breakdowns brutal. Small mosh pits broke out as Pauley egged them on and the crowdsurfing started before the first song’s notes faded away. The fans moved and roared for songs like “Defy” and “Unbreakable” and screamed their approval for Ashby’s signature guitar solos.

Of  Mice and Men have cultivated an even heavier sound since the departure of Carlile. Pauley ripped himself open onstage, screaming and tossing his hair in perfect sync with the rest of the band. While their sound was a departure from the opening bands, Of Mice and Men got the audience sufficiently riled for the night’s headlining act.

The crew raised a white curtain over the stage, projecting Nothing More’s logo as the tension built. Singer Jonny Hawkins appeared as a shadow, climbing a ladder erected onstage. The volume escalated, washing over the band as the shroud dropped to reveal a post-apocalyptic setting. Hawkins, shirtless, barefoot and covered in black body paint, stomped up and down the stage as the crowd crushed up against the barricade for the opening barrage of “Let ‘em Burn”.

From the first notes, Nothing More commanded their audience. Hawkins is jaw-droppingly dynamic, his charisma and presence radiating into the crowd. Guitarist Mark Vollelunga and bassist Daniel Oliver spent the set grinning from ear to ear, as drummer Ben Anderson pounded away, often assisted by Hawkins on a centerstage kit.

Hawkins couldn’t stay off the ladder for long, climbing high above the audience for a blistering performance of “Go To War” and “Do You Really Want It”. The band sprinted through the first half of the set, barely pausing to breathe between songs. Hawkins addressed his adoring audience before “Still In Love”, reminding everyone to not “confuse love with loyalty”.

Nothing More took advantage of the spacious stage for their setup, even including jets of steam at key moments. Even after the hype of the opening acts, Nothing More, quite simply, blew them all away. They continued their set with hit tracks “Mr. MTV” and breakout single “Jenny”, along with a sprinkling of songs from 2017’s The Stories We Tell Ourselves.

The band closed the evening with a well-honed cover of Skrillex’s “First of the Year (Equinox)” and Queen’s “We Will Rock You” before ending with an epic band drum solo to “Salem (Burn the Witch)”.

Nothing More has truly embraced their cult following- going from unknowns to one of the wildest bands in modern rock within a few years. After packing a sold out show to kick off 2019, it’s pretty clear that these guys aren’t going anywhere. 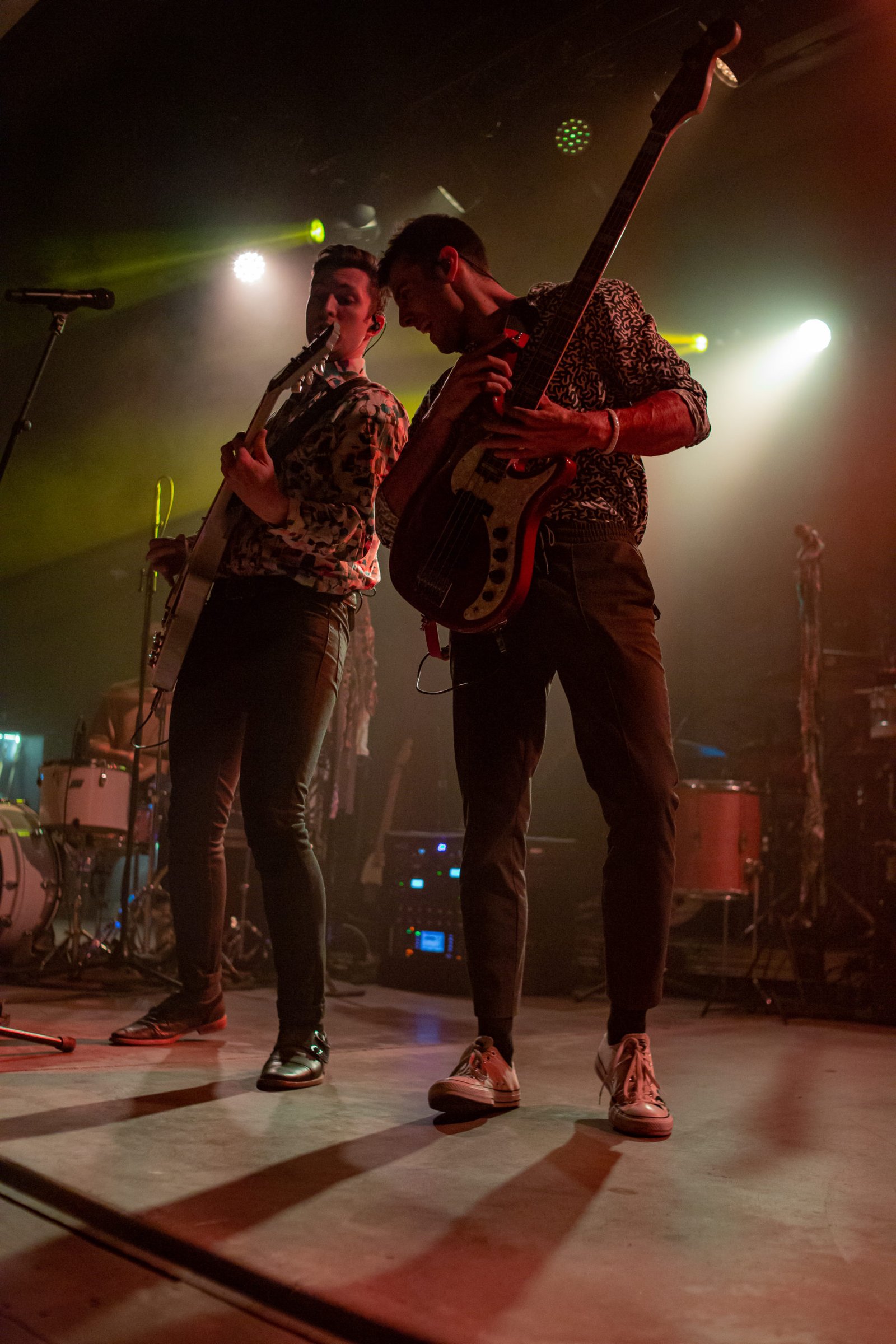 The year is 20GayTeen and fans turned out and turned up for their queer prince- Brendon Urie. Pop… 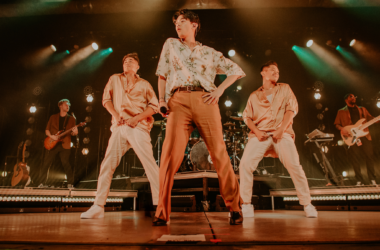 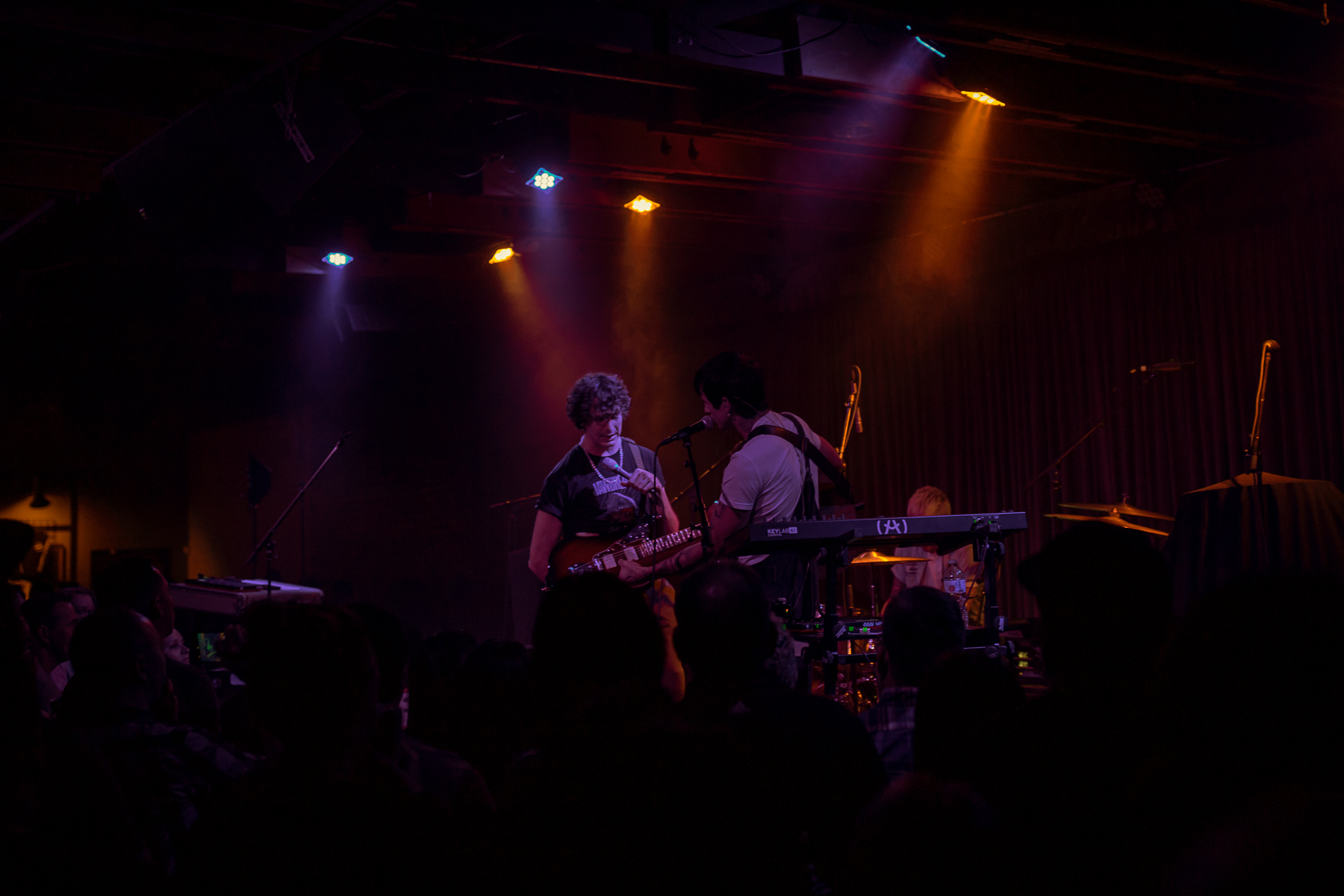