The third annual Dusk Music Festival took over Tucson, Arizona’s Armory Park on November 10-11, bringing music, food and art into a beautiful creative space for all ages. Boasting a lineup with some of the biggest names in multiple genres of music, there was something for everyone to enjoy. Atlas spent two days in the desert- here’s the best of what we saw hit the stage.

Put two frat house DJs on a stage, and the kids will come running. Gram and Synergy dropped of-the-moment party favorites and throwback jams that are seeing a resurgence. With the Arizona sun beating down and the crowd of barely-dressed people, if you closed your eyes, you could have been at a pool party.

We talked about Sur Block in our field guide, but this desert indie rock was perfectly experienced in the sunshine. Alyssa Sandoval’s vocals soared over melodic harmonies, deep electronic elements, and instrumentals that would fit on an old vinyl record. The crowd came to Dusk to rage and was fairly confused by this set, but the older attendees welcomed the respite. Bonus note: Sandoval’s dress. Utterly fantastic.

LA-based Xia Xia Technique, or X.X.T., is straight out of the rising West coast freak scene, blending hip hop with EDM with futuristic pop with graphic design. The result is a live performance you cannot—it’s actually hypnotic—take your eyes off of. “Hail Satan!” was shouted unironically from the stage, and there were some light acrobatics involved. Two of X.X.T.’s members, GR1M3Y-T and G3N3R8TR, remain anonymous, but Psycho Flower MC led the set while messages like “XXT IS YOUR UNCLE” flashed across the screen behind her and her dancers. She also took a moment to pay tribute to the late Lil Peep. And to say that festival goers were left with shock, awe, and intrigue is a definite understatement.

Another LA act with futuristic inspirations, Madeaux graced the Earth’s Healing stage with a soothing mix of transformational tracks that blend effervescent production with sultry vocal appearances and steady low key beats. It was a vibe, and he was in the zone. He let the music speak for itself—he was just there to keep it going.

A-Trak is a legend in his own right, and it was surprising he wasn’t billed higher. Still, a day-to-night transition set was almost poetic in the sense that he is a versatile DJ who can play at a University of Arizona frat party and go straight to a festival main stage and look equally at home. During the mix, we heard it all—Quavo! ABBA!—while Trizzy kept the growing crowd on its toes. Two disappointments: No live version of “Parallel Lines,” which features Phantogram, who played later in the night. Also, he ran out of time before getting to the iconic remix of “Heads Will Roll.”

These mainstay alt rockers did what they do best: They played. A Cold War Kids show is not known for its antics, for crazy visuals (though the artwork of their latest, LA Divine, did make for a beautiful backdrop), or for any special live-performance-only exclusives. No, you go to see Cold War Kids for a massive and commanding soundscape that booms from the stage. You go to hear hits like “First” and “Can We Hang On?” and others spanning the past decade. It’s the time to take a break, relax, and take in the surroundings.

On stage hidden by swirls of smoke, Andrew Luce was also hidden by the mass of people crowding the DJ table. The Bay area Soundcloud star infuses trap and pop culture moments into his music, and the crowd was here to groove. One of the youngest artists of the night, Andrew Luce gave Dusk a glimpse into the next generation of genre-bending electronic. And it’s going full experimental.

“Sorry, we’re playing Pokemon,” Sarah Barthel confessed after a minute of ignoring the crowd. Several people shouted their usernames in response, while others recommended Fortnite, and Josh Carter laughed in the background. The duo apologized then cheers’d and chugged their beers while the crowd egged them on. Their set was the right amount of dark and moody—blue lights and everything—and carefully picked hits mostly from Three and Voices. If you’ve never seen Phantogram live, don’t be fooled by Barthel’s light and airy voice. She belts out every note on stage while also thrashing around AND playing Pokemon.

Anna Lunoe has risen through the Australian dance music scene with her reputation as an energetic producer and stellar remix work. Now at the helm of the HYPERHOUSE brand, her collabs range from Diplo to Mija, and she runs an ongoing live series in LA with celebrated DJs. As for Anna on her own, she. Throws. Down.

What is there to say about the larger-than-life personality that is Dillon Francis? He’s a crazy person with an ear for the best sounds in the system right now, and his notoriety proves it. Whether documenting his antics on social media or creating visuals that scream “DILLON FRANCIS CAN’T READ” or feature dancing peach emojis, he’s always on the move and going almost too fast to watch. His headlining set brought the Tucson fire department in as a precaution because cryo- and pyrotechnics and confetti blasted from the stage’s cannons, and that’s all you need to know. Dillon Francis took a fun festival and made it even more wild. Wow.

This funky Nashville duo mixes guitars, keys and vocal effects for a unique sound that drew the crowd to the mainstage as the sun set behind them. Jordan Kelley and Jason Huber are wild onstage, their crazy energy hyping the EDM-centric audience. In a day full of pulsing beats, Cherub’s sound was a welcome diversion before diving back into the rest of the day’s DJs.

Towards the end of the day, I found the kids and they were all at AC Slater. The California house DJ’s stage went from deserted to packed in a matter of seconds, everyone bouncing and dancing along to his bass-heavy beats. A mosh pit even broke out mid-set, prompting scornful looks from the EDM savants in the audience. Otherwise, Slater is a great time, getting everyone moving and keeping the energy high for the entirety of his set.

SuperDuperKyle was the outlier in the Dusk lineup but not an unwelcome one. Kids crowded to the barricade, chanting his name as his robotic intro laid down the house rules for the night- in short, good vibes only. Kyle is nothing but positivity, his infectious stage energy matching his upbeat lyrics. With a lengthy set, he performed all the hits, joined occasionally by a pair of dancers. Kyle’s appeal reaches past the hip hop community and all the people rapping along at the back of the crowd were living proof that he’s tapped a vein that isn’t running dry anytime soon.

Story and photos by Taylor Gilliam and Olivia Khiel 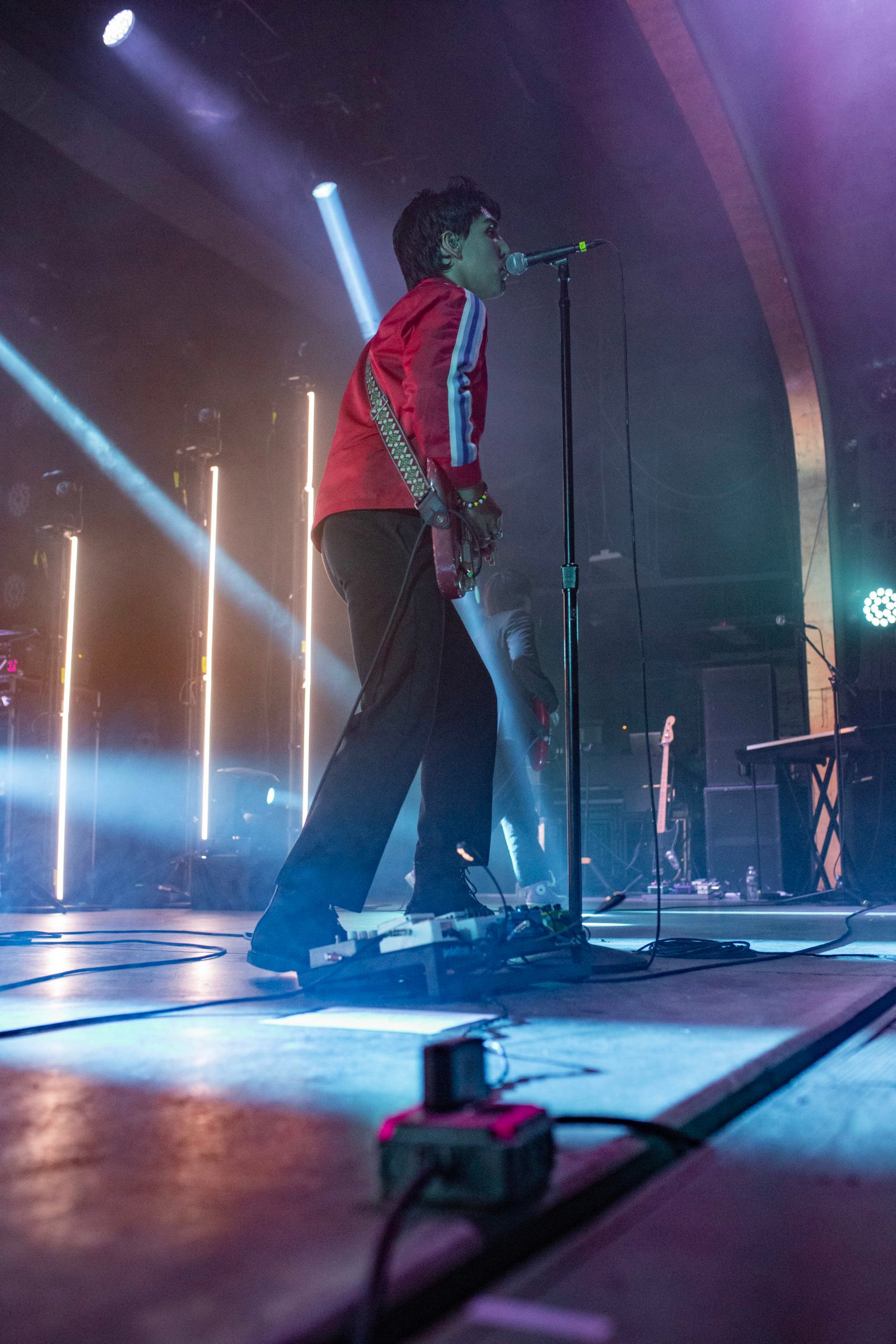 Demob Happy joined Band of Skulls on tour this fall, rocking their way through the legendary music city… 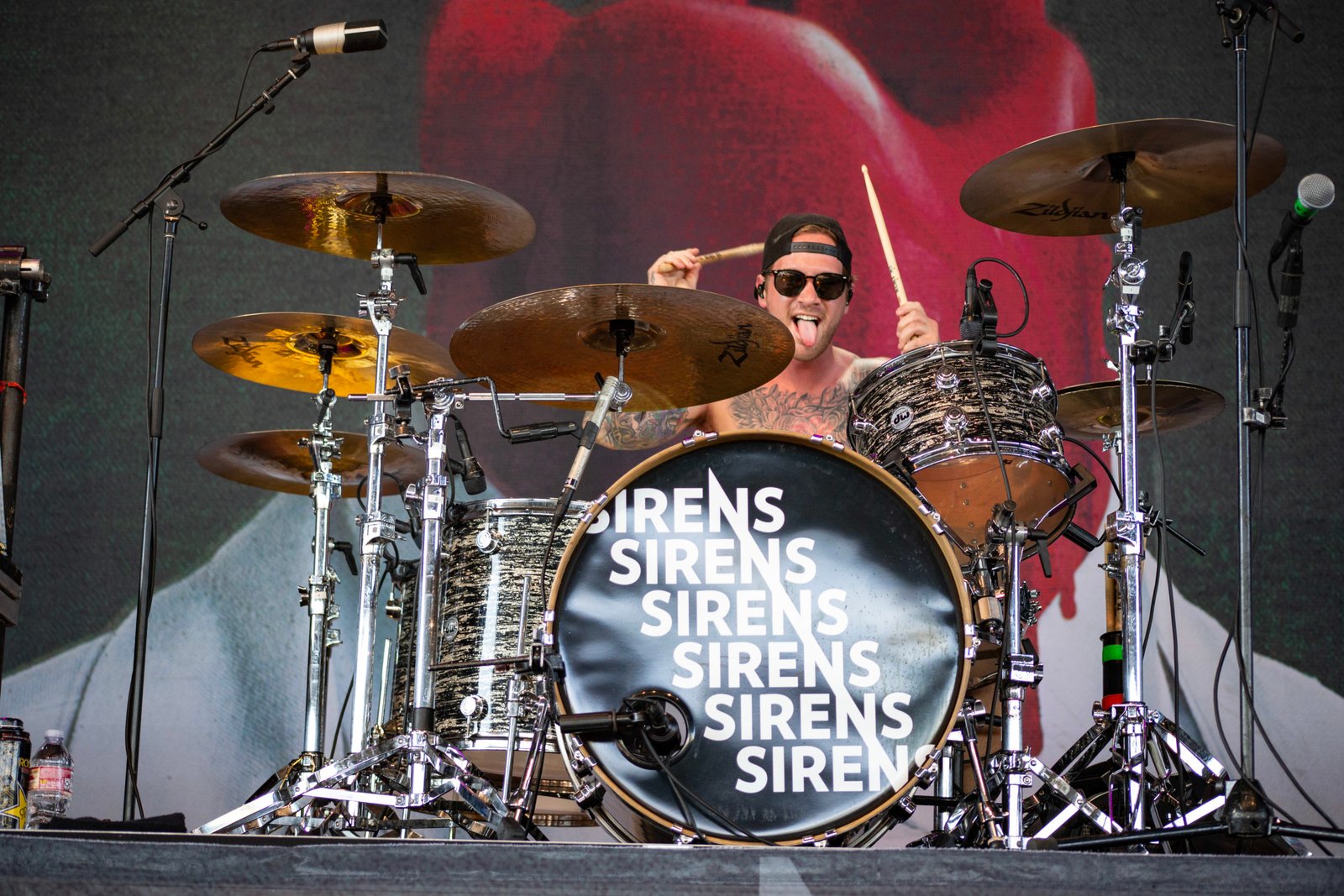