Pop’s dancing queen Maggie Rogers graced Phoenix with her enigmatic presence on Sunday. Joined by Australia’s latest export Mallrat, fans packed The Van Buren to sing, dance and cry along with their favorites.

Mallrat (real name Grace Shaw) was the solo opener for this tour. The 19-year-old singer’s ethereal voice, mixed with beats provided by her DJ, were a match made in pop music heaven. With accolades following her to the US, Mallrat’s youth and nervous charm won the room immediately.

“This next song is about being abducted by aliens” was a completely on-brand statement mid-set, as she launched into “UFO”. Gushing about her love of butterflies after a visit to local attraction Butterfly Wonderland earlier in the day. Her DJ kept the beats flowing, adding her own dance moves and harmonies to the set. The venue was utterly charmed by Mallrat and screamed for more as she closed her set with “Uninvited”.

Maggie Rogers is a superstar already. Taking the stage to ABBA’s classic hit “Dancing Queen”, Rogers used her set and the entire stage to live up to that label. With only a few singles officially released, along with 2017’s EP, Rogers augmented her set with a plethora of unreleased material (to the sheer delight of her audience).

It didn’t matter that they didn’t know all the words- the fans worshipped at Rogers’ feet. Blending elements of pop, R&B and the folk music she was raised on, her music is undeniably cool and catchy. She owned The Van Buren’s stage, dancing with effortless confidence through songs like “Burning” and “Better”.

Rogers paused a moment in the middle to insist that her shows remain a safe space, free from racism, sexism and homophobia. The vibe was overwhelmingly positive as the audience took her words to heart, keeping each other safe and making sure everyone was having a good time.

She was also backed by a stellar set of musicians, lending a more authentic feel to the music. The fans screamed their approval as Rogers announced that she’d be performing “Light On” during an upcoming episode of Saturday Night Live.

New single “Give a Little” kept the energy levels high before Rogers closed the set with “Fallingwater”.

The crowd wasn’t ready for the night to be over and roared for an encore- one that Roger’s happily obliged. Retaking the stage solo, she was nearly moved to tears at the audience’s response to the show. In a move perfected by Ed Sheeran, Rogers performed “Color Song” acapella to a venue rendered silent with awe. Of course, the band rejoined her to end the evening with Rogers’ hit “Alaska”.

Watching the next pop superstar rise is always an honor and a privilege. Maggie Rogers is that next superstar. By the time her upcoming album is released and she returns to the road, she’ll be selling out arenas- which is exactly how it should be. 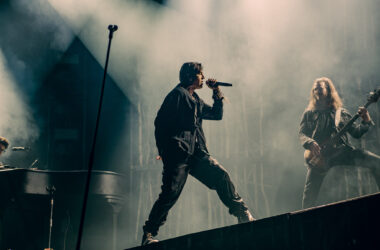 Third Eye Blind is just as good as you remember- they might actually be even better. The prolific… 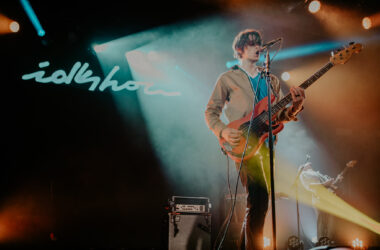 Much like their listening audience, Local Natives has grown up a lot since their debut album, Gorilla Manor.…