When Phoenix Butler visited Chicago, she was planning to go home to New Orleans. Instead, she stayed and started playing music again following a brief hiatus after high school. With influences from Amy Winehouse to zydeco to Chvrches, the result was Little Crown, a pop rock project that focuses on danceable melodies and dynamic instrumentation. Her new single “Melancholy” dropped today, and it’s a must-add to any summer playlist.

Even better: Atlas caught up with Little Crown to talk children’s literature, Paramore, and staying positive.

Interview has been lightly edited for clarity.

Atlas: What was your first introduction into music, and how did you get to where you are now?

Little Crown: Well, I grew up in southern Louisiana. I moved to Chicago three years ago; I came up here for four days with the intention of being here for four days, and I’ve been here ever since. I fell in love with Chicago and met some great people. But I grew up in New Orleans, and that’s kind of where it all started. There’s really nothing else to do there but listen to or play music or eat…or drink. [Laughs]. The house that I grew up in is this house that’s, like, on the bayou. On the weekends or after work you could just hear jazz music or zydeco coming out of everyone’s windows as we were going down the bayou. That’s always been a huge part of my life. My late grandfather played Mississippi blues and was really involved in the huge scene in Memphis in the 50s and 60s, so he was the first person that played guitar around me. So music has always been a huge thing for me, and I started playing music shortly after he passed away. I just picked up his guitar and started playing terribly, and I taught myself the huge things here and there.

And then in middle school I joined band and played French horn all through middle school and high school, and in high school I joined an actual band, and that’s when I first started thinking. I joined the band with my English teacher’s son, and I became really close with their whole family. They were just a cover band that played at Mexican restaurants around town, every Tuesday and Thursday night for four or five hours. We did that for almost three years, and then I graduated high school early and kind of took a break from music for awhile.

I moved to Chicago, and then shortly after I played music in an acoustic duo, and then shortly after that it fizzled out, and I started playing music as Little Crown, and that’s what’s stuck with me. It was the only thing that felt really light and on my terms, and I had the freedom that I need to mess around with it and have fun with it and get out of my comfort zone. That’s why I’m super excited about the song [“Melancholy,” now available] coming out tomorrow. It’s very different for me, and I had a lot of fun making it. I’m really really really excited about it.

Atlas: How did you pick the name Little Crown?

Little Crown: It’s a nod to Where the Wild Things Are. That has always been my favorite book as a kid, and even as an adult. And probably when I’m old and wrinkly that will still be my favorite book. Even the movie is pretty decent; I’ll watch it every now and again. So it’s just a nod to that.

Atlas: You mentioned zydeco and jazz–are those what influenced you, or is there a different style that you try to emulate more?

Little Crown: Vocally I feel like I’ve gotten a lot of influence, especially earlier on, from jazzier artists. Amy Winehouse has always been a huge influence of mine; vocally I’ve always looked up to her. In this new song, I was really influenced by this band Chapel–really love their sound and what they’re trying to do as a duo. I think what they do is really really fun and interesting, and that’s kind of what influenced this song [as well as] Lights and Chvrches. Just kind of like alternative pop. For the past year or so, I’ve just really wanted to emulate that but put my own schtick on it.

Atlas: What experiences do you draw from to incorporate storytelling into this new genre exploration?

Little Crown: I think personal experiences–I find it really hard to write about something I haven’t experienced firsthand. Most, if not everything, I’ve ever written has been extremely personal. For example, the song that’s coming out tomorrow is called “Melancholy,” and it’s about being in a really great place in life right now and probably in a better position that I ever thought I’d end up in. When I’m finding myself sad or upset or worked up over something and not really having a reason to be that way, it’s out of habit trying to find that. The song is about getting myself to snap out of that habit and be happy and take it for what it is.

Atlas: That’s so awesome. Now to broaden the scope all the way out, what are your thoughts on the current state of the music industry and where it could be going?

Little Crown: I’ve noticed especially over the past year or maybe even longer than there’s been not a huge shift but definitely a shift toward female musicians and artists and really shedding a spotlight on them, which I love and admire that that’s happening, and I hope that continues to be a trend. There’s this Chicago band called Beach Bunny that’s female-fronted. They’re playing Riot Fest this year, and what they’re doing is really great. Their music is awesome, and paying more attention to and more light being shed on female artists and being seen by the community is icing on the cake, just seeing that people are being responsive to it and really accepting of it. As far as the future of the music industry, I don’t know. I guess we’ll see a lot of growth in every kind of genre. There’s a lot of 80s pop influence that I’ve seen recently that I’m really digging and really liking, and I hope that that trend continues for a bit–drawing on the past sounds and noises and bringing them back.

Atlas: Especially in the whole alt genre, a lot of the stuff that these artists have been putting out is really good!

Little Crown: Yeah, exactly. Especially when Paramore put out After Laughter, there’s been a huge push for sounds like that, and I love it. [But] I’ve never seen Paramore live, and I kick myself every day for it.

Atlas: Well speaking of Hayley, do you have any specific female role models that are still in the industry?

Little Crown: Most definitely Hayley. She’s incredible. Especially after she put out that album and seeing her open up more and talk about her personal experiences after being private for awhile, I really admire that. What she’s doing and what she’s always done is incredible. She’s been a huge role model to me for what I aspire to do and be. Other than Hayley, Nina [Swint, her manager]–I look up to her a lot as someone who works in the music industry. She kicks ass. I’m also biased because she’s my best friend, but professionally what she does with her booking company and shows she puts on and her management skills. I think she does really incredible things. And seeing other women in the industry behind the scenes as well, like  I myself will pick up VIP and merch and other gigs here and there, and I’ve met a lot of female tour managers along the way who kick ass and take names, and I have a lot of respect for them.

Atlas: Nina was definitely gassing you up when she reached out, and I’m so glad that you’re real-life friends.

Little Crown: Nina is one of first people that I met when I came to Chicago–I moved here when I was 18, just super young. All my family is still in Louisiana, and Nina has been like the closest thing to family to me since I’ve lived here.

Atlas: Even though you’re in the beginning stages of launching your career, what are your master plans? What about small goals?

Little Crown: I’m definitely a small goals kind of person, like we’re going on an EP tour in November and I’m really excited to do that. I’ve been on a tour before but not as an artist, just like doing merch and helping out with the driving and stuff. So I’m excited to go on my own tour. That’ll be a really cool experience, and hopefully there will be more of that. Artistically speaking, goals-wise, I want to say shows that are a bit out of the box and hopefully develop a sound that will be extremely versatile to where I can play a show with some of my favorite bands that may not be the same genre of music but still fits together. I just want to be able to play shows with people I look up to, that’s the goal. I’m into all kinds of different music, from pop to metalcore, so being able to play shows with artists that maybe are a bit different from myself but it works and we don’t have people standing in the crowd going, “Why are you here?” [Laughs]. Ultimately that’s my goal, to be as versatile I can be. See where I go from there, see what stories I can tell from there.

Atlas: Is there anything else you want everyone to know about you?

Little Crown: I’m really bad at talking about myself, but I hope that people enjoy the song when it comes out and can relate to it. Nina and I coined the term “it’s sad songs for happy people,” and it even works in reverse: happy songs for sad people. That’s all I have to say about that!

“Melancholy” and Little Crown’s ukulele songs are now available to stream. For this and other Atlas-approved music, follow our Spotify playlist here: https://open.spotify.com/user/oliviak20/playlist/6EYThaS6a9Es6godgCDbyW?si=kNhVTGegTl-0IyNnfkFITg 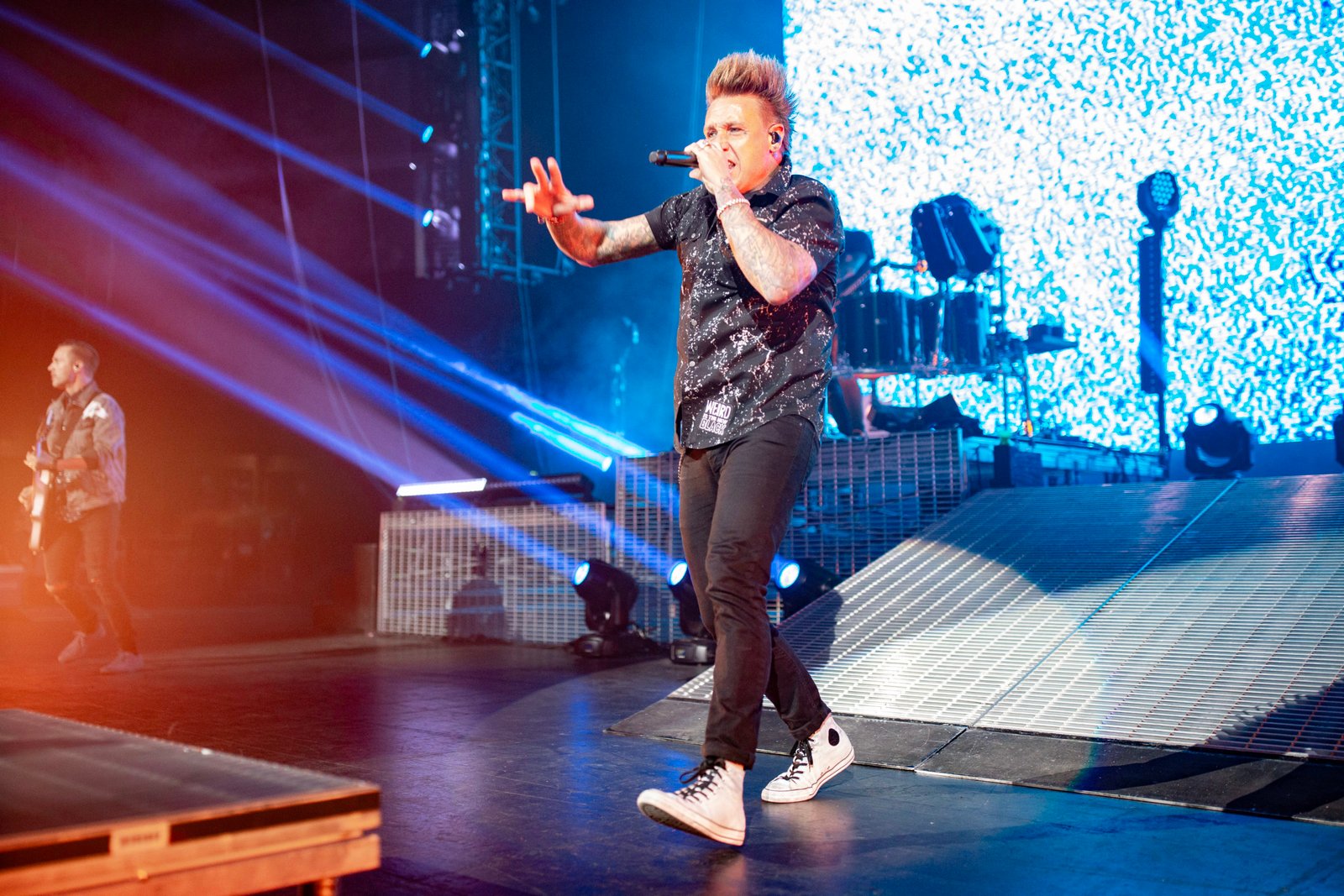 Jordan Beckett, also known as Bootstraps, is taking the next steps into indie stardom. The singer-songwriter’s latest album, Demo… 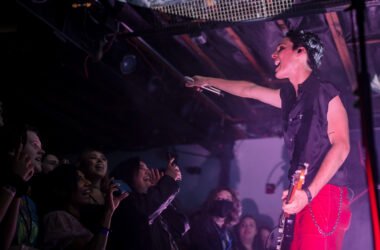