“Bohnes is the music I’ve always wanted to make.”

If you’re unfamiliar, Bohnes is the solo project of ex-The Cab vocalist Alex DeLeon. When the band quietly called it quits, DeLeon could be found holed up in studios around the country or traveling to exotic destinations around the world. After three years of waiting and teasing, 206 Act I is ready to be unleashed.

With the release coming up on March 30, DeLeon invited fans and friends to a set of listening parties in California and New York. An intimate crowd gathered at trendy Hollywood hideaway Estrella on Sunday, where attendees were directed to a private lounge. The cocktails were flowing and the familiar buzz of a tattoo machine could be heard from the patio as fans got inked with Bohnes-inspired tattoos alongside DeLeon. The night was filled with positive energy- good company and even better conversations.

Ex-The Cab and current Bohnes drummer Dave Briggs was also in attendance, celebrating an album he had a hand in creating. Spotted hanging with former touring keyboardist Jeremy Smith, Briggs expressed his excitement for DeLeon’s project but admitted his preference for absorbing new music in a quieter environment. Although partygoers did not get an in-depth listen of the album (aside from it being background music), it certainly spared the awkward experience of listening in silence with a large group of people.

Guests were later ushered into Estrella’s plush private theater for the surprise premiere of Bohnes’ “Better Than Me” music video. Filmed in the Wadi Rum Desert in Jordan, the video features breathtaking visuals on a landscape that “looks like Mars,” DeLeon said.

Opening the room to any and all questions, DeLeon shared some insight into this new project.

Produced largely by Daniel Braunstein (Volumes), the new music is “sonically darker” than his previous work with The Cab but also “lyrically full of hope.”

206 Act I is chock-full of electronic influences interspersed with beautiful instrumentals, with a lovely acoustic break for “Coffins” (DeLeon’s personal favorite, inspired by his girlfriend). 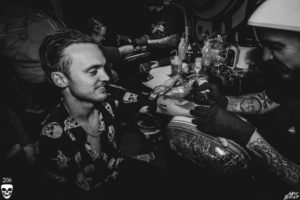 “Since I was young, I’ve always wanted to inspire people,” he said. Bohnes is not just a musical project, it is also a creative effort that includes DeLeon’s new role as Creative Director for Boda Skins, a company specializing in high-end leather apparel. DeLeon plans to grow as a musician, but continue to build his brand through extensive travel and his work with Boda Skins.

While the new material was the focal point of the evening, fans wanted some answers about the demise of The Cab. DeLeon shocked the room by revealing that “Victorious” (Panic! At the Disco’s platinum-selling single) was actually supposed to be the first song on the next record for The Cab. Beyond that, he did not delve into the end of the band, instead focusing on his obvious joy for his next chapter.

Unless you were in the room, it’s difficult to describe the vibes from the party but it certainly felt more like a family reunion. It’s been a long time since we’ve heard anything from DeLeon and the excitement over the release of Bohnes was palpable. The entire night was good company, good conversation and great music. Guests stayed until closing time, congregating in front of the restaurant in their reluctance to end a night that will not soon be forgotten.

The fun continues with the second and final listening party in New York on March 24 and, after seeing updates from California, the East coast promises to bring the same enthusiasm as we finally get new music from Alex DeLeon.

Story by Olivia Khiel
Photos by Max and Sam Baker 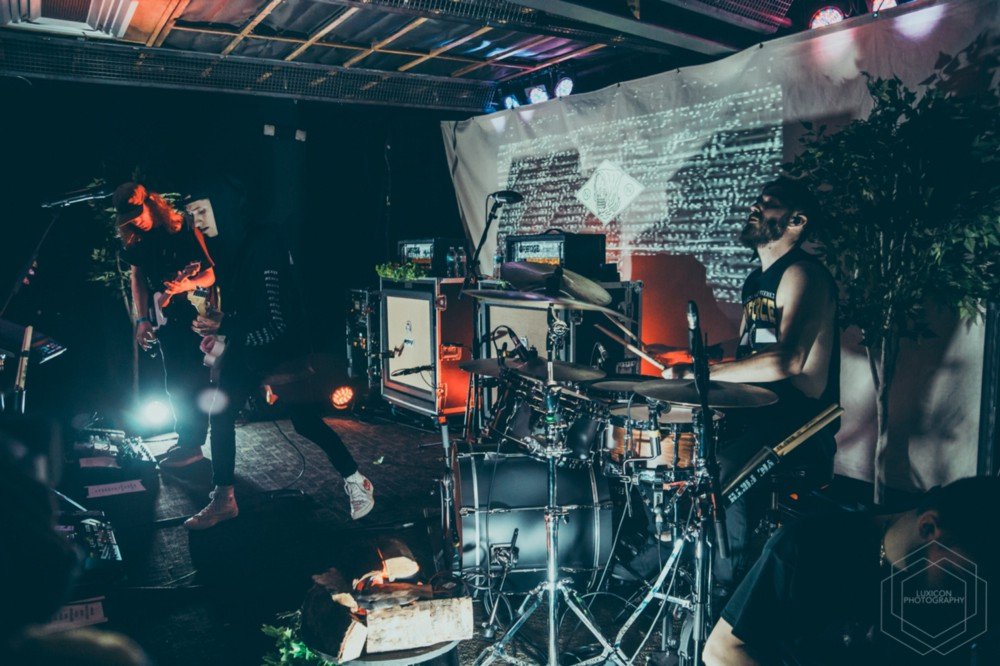 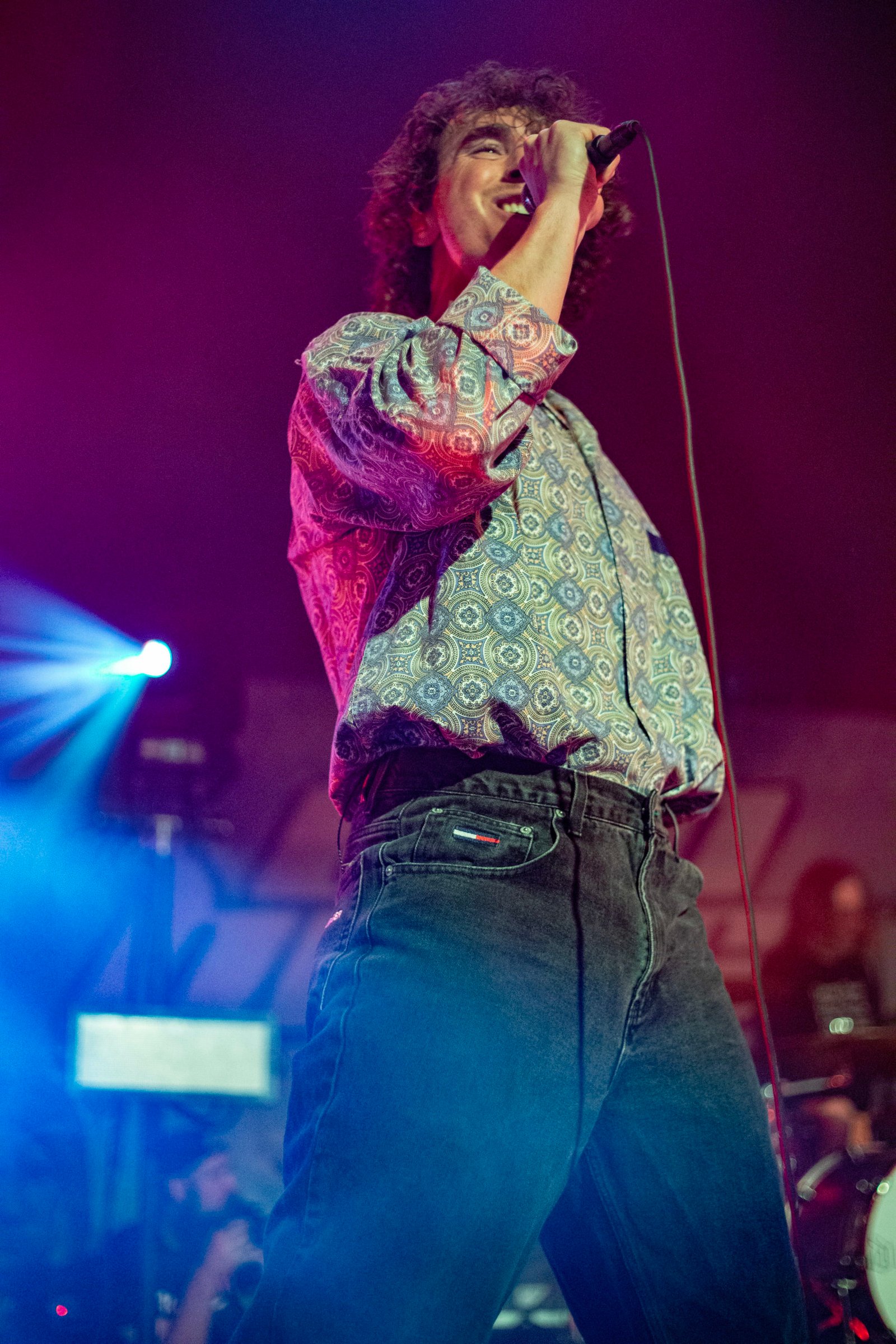 Fresh off the release of their latest album, Sum 41 have hit the road in celebration of both… 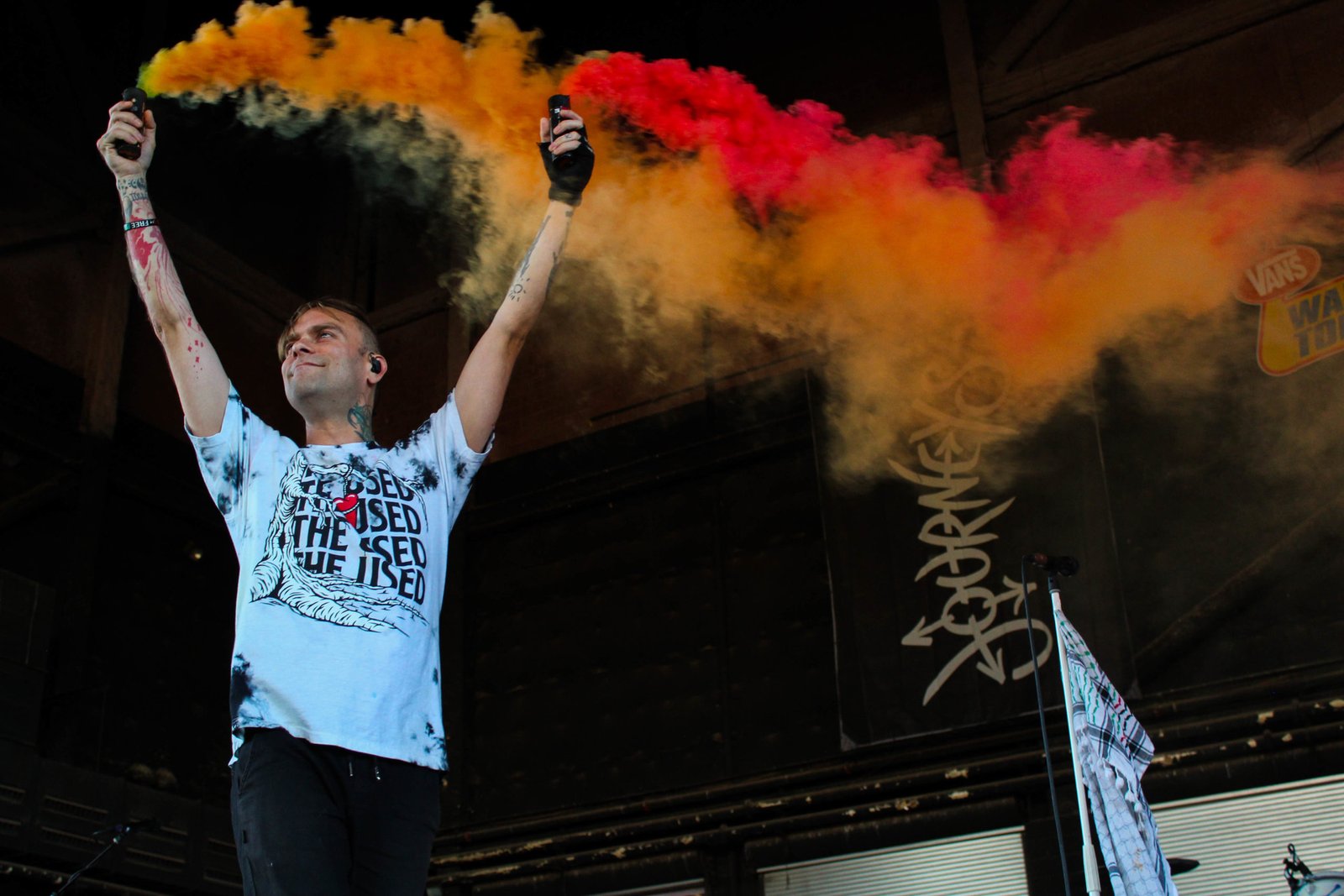